Harry Potter AND THE CURSED CHILD TICKETS ON SALE MAY 7TH

HARRY POTER theatre TICKETS FOR MELBOURNE Harry Potter Tickets for Sale by Caroline Russo | on May 1, 2019 | 0 comments | in Entertainment | Like it 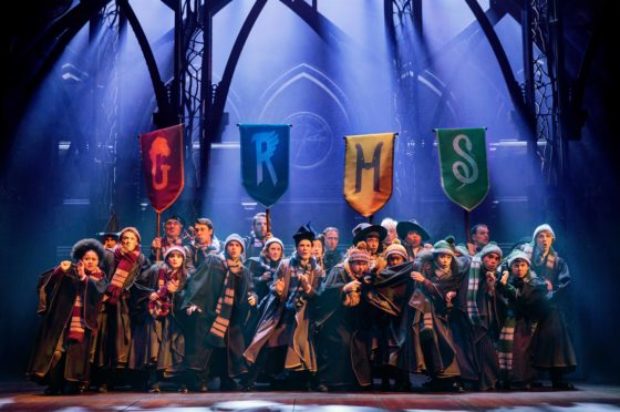 HARRY POTTER AND THE CURSED CHILD

A new block of tickets for record-breaking theatrical event Harry Potter and the Cursed Child will go on sale to the general public at 11am this Tuesday May 7, 2019, via the official website HarryPotterThePlay.com. The booking period will be extended, with new tickets made available for performances up until and including Sunday March 22, 2020.

The first video footage of the Australian premiere production was released today, offering audiences a sneak peek of cast onstage at Melbourne’s Princess Theatre, the home of Harry Potter and the Cursed Child in Australia. Nineteen years later, an adult Harry, Ginny, Ron and Hermione watch as their children board the Hogwarts Express at platform nine and three-quarters.

Melbourne is only the third city worldwide to welcome the play – the first in the southern hemisphere and the only city in the region that will host the universally acclaimed production.

“WIZARDRY ON A GRAND SCALE”
THE AUSTRALIAN

Those wishing to purchase tickets in the new release are encouraged to visit the website and join the ‘Virtual Waiting Room’ at any time between 10:00 AM and 11:00 AM AEST on May 7. When tickets are released at 11:00 AM AEST, everyone in the ‘Virtual Waiting Room’ will be randomly assigned a place in the queue for the opportunity to purchase tickets. The randomisation of the queue allows the purchase of tickets to be as fair as possible and provides protection against bots. These tickets will not require an Access Code to purchase.

Based on an original new story by J.K. Rowling, Jack Thorne and John Tiffany, Harry Potter and the Cursed Child is a new play by Jack Thorne, directed by John Tiffany. It is the eighth story in the Harry Potter series and the first official Harry Potter story to be presented on stage. Both parts of the play are intended to be seen in order on the same day (matinee and evening) or on two consecutive evenings.

It was always difficult being Harry Potter and it isn’t much easier now that he is an overworked employee of the Ministry of Magic, a husband and father of three school-age children.

While Harry grapples with a past that refuses to stay where it belongs, his youngest son Albus must struggle with the weight of a family legacy he never wanted. As past and present fuse ominously, both father and son learn the uncomfortable truth: sometimes, darkness comes from unexpected places.

Receiving worldwide acclaim for its breathtaking magic and stage wizardry, Harry Potter and the Cursed Child is the most awarded play in theatre history. It has collected 24 major theatre awards in the U.K and 25 in the U.S. It continues to play in London, where it made its world premiere in July 2016 winning a record-breaking nine Olivier Awards including Best New Play and Best Director; and in New York, where it opened on Broadway in April 2018, winning six Tony Awards, one of which was for Best Play.

Upcoming productions include a U.S. West Coast premiere in San Francisco later this year and the first foreign language production in Hamburg in early 2020.

How To See The Play
Harry Potter and the Cursed Child is one play presented in two parts. There are three options for how to see the play;
– Parts One and Two together on the same day or consecutive evenings (recommended)
– Parts One and Two separately on non-consecutive days
– Part One only or Part Two only

Ticket Prices
From $65 per Part.* For every performance there will be more than 200 tickets priced at $65 or less. *Plus $9.75 Ticketmaster Handling Fee per transaction. A delivery fee may apply depending on the mode of delivery selected.

Ticket Purchase Limit
There is a strict ticket limit per transaction of 6 tickets per person, per part. This means that 6 people can attend Parts One and Two.

Friday Forty
Each week, 40 tickets for every performance the following week will be released via TodayTix for some of the very best seats in the theatre at $40 per part, per ticket ($80 total). These tickets are known as ‘The Friday Forty’. Visit HarryPotterThePlay.com/au/the-friday-forty/ or TodayTix for more info.