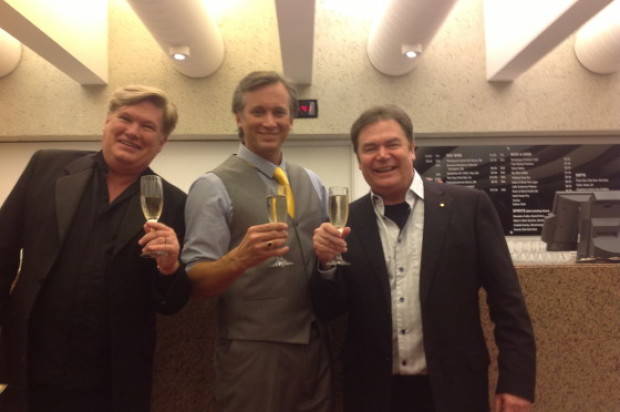 THE STARS SHINE BRIGHT IN 2014

Andrew Lloyd Webbers best known & best Loved Musical CATS – a Spectacular Arena style production in the round at the Brisbane Convention Centre from 4th July 2014. Australian Theatre doyen Marina Prior will star as Grizabella (singing the magnificent “Memories”). And around Ms Prior and a fully professional ensemble of 30, will be hundreds of Brisbane theatre actors & interns as The Kittens…

MONTY PYTHON’S SPAMALOT – never before professionally staged in Brisbane – will open at the Concert Hall QPAC from 2nd October 2014. Monty Python’s Spamalot is lovingly ripped off from the 1975 film Monty Python and the Holy Grail. Starring an exciting line-up featuring audience favourites, Jon English, Simon Gallaher and the ever graceful and always entertaining Julie Anthony. Ever since Jon English & Simon Gallaher joined musical comedy forces on stage to open the brand new QPAC in 1985 in the Pirates of Penzance, audiences have been waiting for them to re-unite. Monty Python’s Spamalot will be the first time since then that the dazzling duo will again delight audiences with Jon English strutting the boards as King Arthur, Simon Gallaher as Patsy; King Arthur’s trusty servant/steed and constant companion, and Julie Anthony as the Lady of the Lake.

Harvest Rain Artistic Director, Tim O’Connor, said “Brisbane audiences love their musical theatre and Harvest Rain will be bringing them the very best in 2014. The best shows and the BEST of Australian Musical theatre talent.”