HAVANA BROWN POP DJ NEW SINGLE IS OUT …ALL DAY

ALL DAY havanna brown pop queen in dj music Universal Music by Caroline Russo | on October 18, 2019 | 0 comments | in Music Reviews | Like it 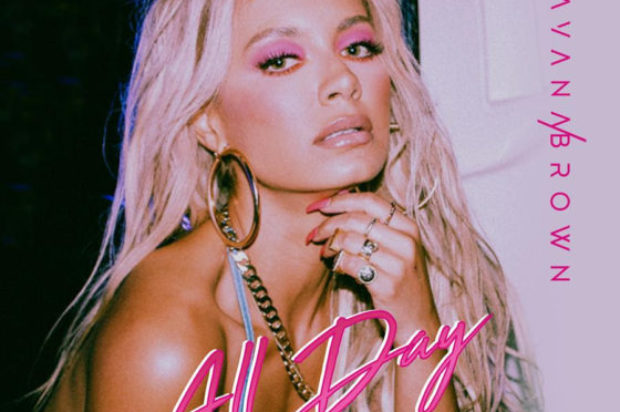 DROPS ANOTHER POP-HIT WITH HER NEW SINGLE ‘ALL DAY’

Today, Havana Brown returns with her new single ‘ALL DAY’, delivering once again another bona fide pop-RnB hit.
With multi-platinum selling hits to her name, like ‘Big Banana’, ‘Warrior’ and ‘We Run The Night’, the Melbourne glamour’s new track, with its lighter pop-sound, feel-good melody blended with a touch of RnB, follows her previous broodier single ‘Glimpse feat. Rich The Kid’.

“ALL DAY almost never happened. It was initially written containing explicit lyrics, just for a laugh. We never did think it would see the light of day, until it was revisited months later. Everyone that heard the song loved it so much, so I felt it was worth going back into the studio to rewrite the verses, so everyone could get to hear it”, says Havana. For ‘ALL DAY’, Havana chose to work with two of America’s hottest pop-producers. Prince Foxwho is known for his ‘future pop’ style and Benjmn who originally found his feet in urban music then dance and now pop, have again broken new boundaries and crafted along with Havana, another big pop hit.

Havana has toured with some of the world’s biggest pop artists including Rihanna and Beyonce. Her multiple of hits include ‘We Run The Night’ (triple platinum in Australia and over 1 million sold in the US) ‘Warrior’ (double platinum in Australia) and ‘Big Banana’ (platinum sales in Australia) plus four #1 Billboard singles and a Top 10 ARIA debut charting album with her first albumFlashing Lights (2013).

The official video for ‘ALL DAY’ will drop on October 25th at 12pm AEDT via a Global YouTube Premiere. Fans around the world will be able to experience the video together and chat with Havana.

Havana will be performing at Marquee with Brody Jenner on Saturday November 2nd at The Star in Sydney.