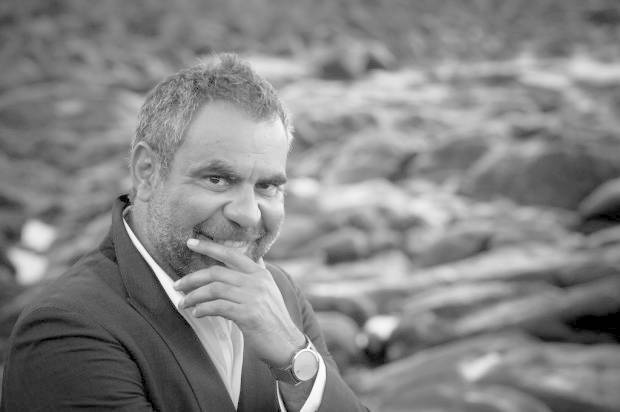 Get Mobile with Motion Picture

There are more mobile phones than people in Australia and with smart devices continually advancing in capability, there’s never been a better time to take your mobile skills to the next level! For the first time, this year’s Heart of Gold (HOG) International Short Film Festival is giving you the opportunity to do just that from some of the industry’s leading minds at a series of master classes.

“When people come to the Claymation class they can expect to be given the opportunity to let their imagination run wild. We’ll have the materials for the sets, cameras, lights, armatures…you’ll have everything you’d need to make a short animation in a short amount of time,” David explains.

“There are few limitations with Claymation, and I’ll be on hand to show you how to do it in a way that’s comparable to studio practice. Don’t be afraid to touch, pull, poke!”

And it’s not just Claymation on offer. With a, ever-increasing thirst for online tutorials, ‘how to’ videos and blogs, business owners will especially benefit from the slate of fun and hands-on Small devices and Professional Purposes workshops.

Jennine Heymer, HOG marketing volunteer, board member and film industry pro said the workshops are great for people wanting to learn how to use small devices like iPads and phones to create content for websites and online sharing.

“It’s a great skill for local businesses to develop considering the incredible influence that video content has on marketing these days. Filmmaking is fun and something that can be done for professional purposes or just the sheer pleasure of creating something from scratch yourself,” Jennine said.

“We are very lucky to have David Blackwell teaching our Claymation master classes, and he comes to us with an incredible amount of experience in filmmaking and Claymation. Tyronne Curtis who is running the Zombie Movie Making, Small devices and Professional Purposes workshops has spent years in the industry and has perfected the art of small device filmmaking and teaching.

“Add to this, Ben Nott is taking the Cinematographer’s workshop. Ben won the 2015 AFI Award for best cinematography for the film Predestination. He also shot Tomorrow, When the War Began as well as Daybreakers. He was nominated for a prime time Emmy in 2008 for The Company.

“Our Cinematographers workshop is being equipped by Lemac which is one of Australia’s leading gear hire houses and they are supplying the workshop with not only state of the art equipment but also one of their top technicians,” Jennine added.

“We’ve really tried to cater for all age groups and we even have grown-ups booking in for the Zombie and Claymation classes, I mean why not? The idea is for people to engage, learn new skills and have fun.”

And a final remark from David: “If there’s one thing I could add, it’d be to say how excited I am to see what HOG and Gympie have to offer while I’m there. I encourage anyone who has a passion for film or learning about filmmaking to do the same!”

Spaces are filling up quickly. To book, visit heartofgold.com.au and go to the LEARN page or call 5482 4547. For more information, please email Liz at [email protected] *group discounts may apply.

A glittering selection of award-winning films from ALL OVER the world is being brought to the gorgeous hills of Gympie, thanks to the Heart of Gold International Short Film Festival!

With the festival fast gaining an international reputation for showing quality ’24-karat’ short films, and with a wealth of awards, talent has been drawn from all four ‘corners’ of the globe – from Chile and Canada to South Africa and Denmark!

You can start planning what sessions to watch by downloading the festival programme HERE!

Heart of Gold’s artistic directors, Margie Brown and Mandy Lake have spent the past eight months viewing submitted films and obsessively scouring the world’s most prestigious film festivals for the best of the best.

“Our 2015 programme is absolutely cram-packed with award winners, and our Heart of Gold audiences will be treated to one of the best line ups of short films – across all genres – in not only this country, but in the world,” Margie said.

Margie is very excited to give a little teaser of what is to come: “Two of our featuring shorts BOOGALOO AND GRAHAM, and THE DAM KEEPER were both nominated for academy awards this year and truly reflect the calibre of the shorts shown at Heart of Gold.” 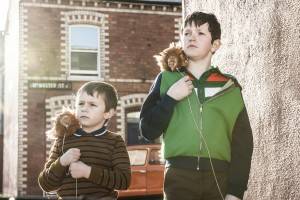 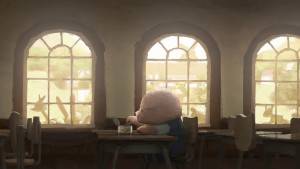 Set in Belfast in the 1970s, BOOGALOO AND GRAHAM tells the story of two young boys who discover the facts of life aided by the help of their pet chickens. It won Best Short Film, at the BAFTAs and was nominated for Best Short Film – Live Action at the Academy Awards.

Check it out during the special IRISH SHORTS session on Friday, 9 October and also during SHORTS – H15 on Saturday, 10 October.

THE DAM KEEPER tells the tale of a young pig encumbered with an important job, and the meeting of a new classmate who changes everything. The film features traditional hand-drawn animation with lush brushstrokes to bring a beautiful painting style to life. It’s narrated by Danish actor Lars Mikkelsen of television’s Forbrydelsen (The Killing) and Sherlock.

“To our absolute delight, the directors are allowing us to screen this incredible gem, despite the fact that it’s now closed for festivals and is on very limited release,” Margie said. “This is quite a major coup for Heart of Gold– so please circle this special baby on your festival planner!”

It’ll be screened during the ANIMATION SHORTS 2 – F04 Friday, 9 October.

Look for the big change in the program of 2015’s Heart of Gold International Short Film Festival. Previously screened late into the night at Saturday’s Awards Night party, prize-winning films will be screened on the Sunday of the festival, making them more accessible to patrons. Films which take out the award categories will now fill a two-hour session from 11am-1pm.

Just being selected for the program is a great honour for many of the filmmakers, but winning one of the major awards is also financially rewarding.

Sponsored by the Schuh Group every year since the festival started, the best short film, prize is $5,000.

The award winning films are in session H17, sponsored by Dixon Dental, on Sunday 11 October. Tickets are available online www.heartofgold.com.au or from the office at 214 Mary Street, Gympie.

Some of the brightest stars across the Australian film industry have been assembled to help judge the shortlisted films for Heart Gold International Short Film Festival’s eight awards categories.

• Comedian, writer, actor, Kitty Flanagan (a strong advocate of writers)
• Former head of ABC TV Comedy, and current Head of QUT Film, Screen and Animation, Geoff Portmann
• Cinematographic legend and the fellow responsible for shooting some of Australia’s most celebrated features and dramas, (Felony, Cloudstreet, Parer’s War, Underbelly: Razor, Redfern Now, The Story of Us just to name a few), Mark Wareham
• Meredith Garlick – former Acting CEO of Screen Queensland, and more recently, Screen Territory – who has notched up more than 20 years’ experience working in the industry as a producer, consultant, writer and senior executive
• Screen culture manager of Screen Queensland Rowena Billard
• International film festival buff and Head of the Noosa Film Society’s management committee, Holly Pittman
• Film and media educator/ innovator and president of the Australian Teachers of Media Queensland (ATOM), Rhys Cassidy
• Heart of Gold’s very own master class and Young(er) at Heart coordinator, former drama teacher, Liz Lewis
• And local medical scientist Helen Crowley, a longtime volunteer who’s head of the screening groups that have been meeting since March to help filter through the enormous number of films that have been submitted from around the world. 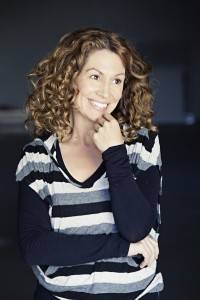 Kitty Flanagan is an ambassador for the writers in the industry – so much so, she’s sponsoring and judging the award for this year’s Best Narrative.

She said she’s involved in this year’s Heart of Gold because she liked the sound of the festival’s ethos.

Kitty said she also believes writers in this country deserve more respect and more money. “People don’t seem to realise how important the writer is in the process. Everyone wants to be a director or an actor. But if there is no script then there is no film to make so nobody has a job. And I think writers should be paid accordingly. It’s clearly the hardest job.”

Bringing talent from across the country as well as a host of local talent to the picturesque Queensland town of Gympie, Heart of Gold (which is being held this year from 8-11 October) is swiftly becoming one of Australia’s key film festivals.

Artistic director Mandy Lake said she’s looking to cement the festival as a flagship event for a nationwide ‘filmgrimage’, aiming to position the region as one of Australia’s major filmmaking destinations.

“And we couldn’t ask for a better panel of industry heavy weights to support and judge this year’s films,” Mandy said.

“I can’t wait to see what they pick as Best Film, there are so many incredible films to choose from and I think there will be a few animated discussions when our judges finally compare their notes,” Mandy said. “Last year’s winner went on to take out the Academy Award for ‘Best Live Action Short’!”

The Best Short Film Award carries an impressive prize of $5,000, which has been kindly donated by long-time supporter and local Colin Schuh of the Schuh Group.