HEATH LEDGER: A LIFE IN PICTURES EXHIBITION ARRIVES IN CANBERRA 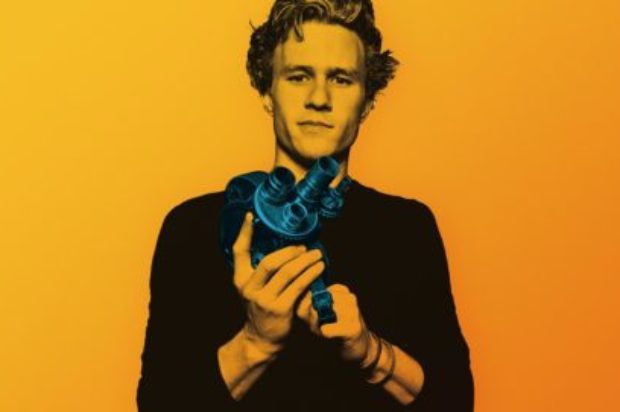 HEATH LEDGER: A LIFE IN PICTURES EXHIBITION ARRIVES IN CANBERRA ON 10 AUGUST

Heath Ledger: A Life In Pictures, a new free exhibition celebrating the life and work of one of Australia’s most acclaimed and beloved actors, will arrive in Canberra on 10 August 2018, for a six month season at the National Film and Sound Archive of Australia (NFSA).
Audiences will be able to explore a selection of film costumes and props, Heath’s own character research journals, celebrity portraits and acting awards, and more. Heath Ledger: A Life In Pictures offers a rare insight into the man behind the camera.
Jan Müller, CEO of the NFSA, said: ‘We are delighted to re-open the NFSA’s exhibition space with this wonderful snapshot of Heath Ledger’s life. Widely recognised as one of the best actors of his generation, Heath captured the hearts of audiences around the world. Yet acting was in fact only one of his many facets. Through this exhibition fans will discover, and hopefully be inspired by his creative process and his passion for photography and the arts.’
Heath Ledger: A Life In Pictures was developed by the Western Australian Museum, in collaboration with the Ledger family. Following a highly successful season in Heath’s native Perth, the NFSA is bringing the exhibition to Canberra for its east coast premiere.
Heath Ledger’s family said: ‘We are very excited the NFSA has decided to pick up this exhibition for so many reasons, mostly because it gives both east side Aussies and inbound tourists a chance to enjoy a sensitive and lovely insight to the life of our talented young man, Heath!’

The public can see rare objects including:
Research journals with hand-written notes, kept by Heath to prepare for roles such as The Joker.

Original costumes from The Dark Knight and Brokeback Mountain as well as many other movies Heath starred in.
His Academy Award for Best Supporting Actor and BAFTA for The Dark Knight.
Two of Heath’s motorcycles and several of his photo cameras.
A wide range of images, including Heath’s own photographic work.
Portraits by several renowned photographers, including Karin Catt, Frances Andrijich, Platon and Anthony Amos.
A diverse selection of objects reflecting Heath’s personal interests, ranging from chess, to photography, music videos and directing.

Heath Ledger: A Life in Pictures will be open to the public from 10 August 2018 to 10 February 2019. Entry is free. A program of special screenings and talks will complement the exhibition for the duration of the season.
For images and interviews, please contact Gabrielle Wilson, 0433 972 915 or [email protected]

HEATH LEDGER: A LIFE IN PICTURES
#LedgerNFSA @NFSAOnline
Audiences around the world know and love Heath Ledger as a charismatic movie star who pushed boundaries and created iconic roles. Now they have a chance to discover Heath’s creative process and deep passion for the film industry and the visual arts, in a unique exhibition curated in collaboration with his family.
Where: National Film and Sound Archive of Australia (NFSA)
When: 10 August 2018 – 10 February 2019
Opening hours: 9am-5pm, Monday-Thursday; 9am – 8pm Friday; 12-5pm Saturday and Sunday
Cost: Free