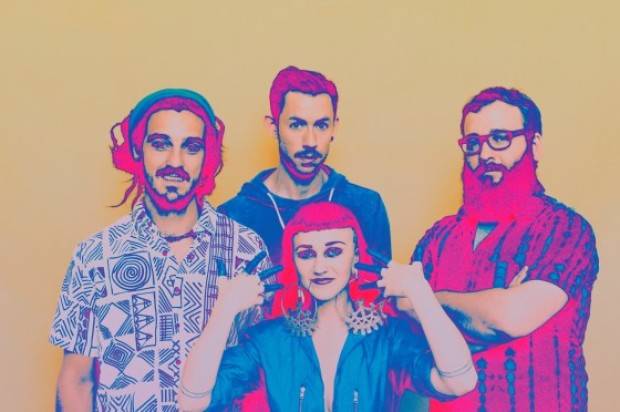 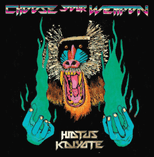 “The band has a knack for deftly gliding through rich chord and rhythm changes, making for some of the most refreshing and interesting music this generation has to offer thus far.” – NPR Music

CHOOSE YOUR WEAPON is an 18-track, 70-minute odyssey and takes listeners on a journey through the group’s self-created ecosystem, populated with songs each embodying its own mini-cinematic sonic soundscape. The album is the hotly anticipated follow-up to their celebrated 2013 debut album TAWK TOMAHAWK, which was championed by fellow artists including Questlove, Erykah Badu, Pharrell and Prince, among others. Legendary producer/songwriter Salaam Remi handpicked Hiatus Kaiyote as the first signing for his new label Flying Buddha, an imprint of Sony Music Masterworks, and they immediately gave TAWK TOMAHAWK an official worldwide release in July 2013.

CHOOSE YOUR WEAPON was conceived on stages worldwide, and showcases a totally new framework in which the band – Nai Palm (vocals/guitar), Paul Bender (bass), Perrin Moss (drums/percussion) and Simon Mavin (keyboards) were able to push the boundaries of their comfort zone and communicate musically on a virtually telepathic level to hone the songs in the studio; transforming them into exquisite pieces of music.

Hiatus Kaiyote recently performed on Triple J’s Like A Version including a rework of the Gorillaz hit ‘Dare’. The band received rave reviews for their sets during SXSW last month and has announced a string of Australian shows this August with ticket information available HERE.