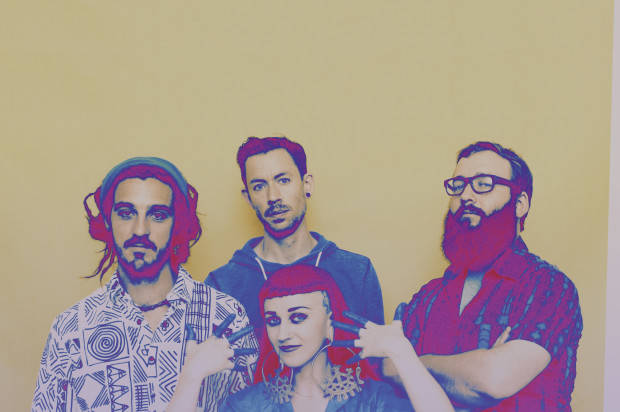 Fresh off their sold out U.S. tour, Hiatus Kaiyote releases a live video for ‘Borderline With My Atoms’ from their new album CHOOSE YOUR WEAPON. They recorded the video in Austin at the #AustinPatch house as part of The Patch Sessions.

The Grammy nominated band is currently making their way throughout Europe with their next stop at the Glastonbury Music Festival in the UK this weekend. They will also hit Ireland, Austria, France, Germany, Switzerland and the Netherlands before making their way back to Australia, with the band announcing earlier this week that they would be adding three additional dates to their upcoming national tour, including a very intimate and special performance at The Evelyn in Melbourne, paying respects to the venue where they first built a fan base.

The Melbourne based four piece; Nai Palm (vocals/guitar), Paul Bender (bass), Perrin Moss (drums/percussion) and Simon Mavin (keyboards)—released CHOOSE YOUR WEAPON earlier this year on Flying Buddha/Sony Music Masterworks and Sony Music Entertainment Australia. It went on to debut at #1 on the Billboard Heatseekers Chart in the US, and entered the ARIA charts at #22.

CHOOSE YOUR WEAPON is available to purchase now. Fans can also enter to win an autographed double-LP limited edition transparent green vinyl copy of Choose Your Weapon. The contest is open until June 25th – http://smarturl.it/HKCYW-VinylGiveaway1.

FOR TICKET DETAILS HEAD TO hiatuskaiyote.com