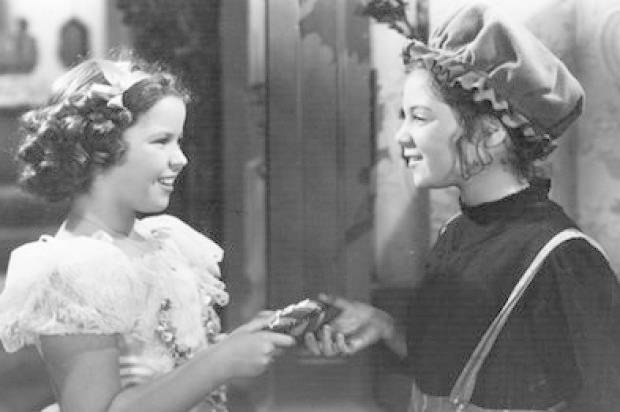 Hollywood will mourn that she passed away on February 10th 2014

Shirley Temple will be always remembered as the Child Star of Hollywood.The memorable songs and films that all will recall of one of the greatest child actors of our time that I myself still sing … Good Ship Lollie Pops, When I grow Up, and Animal crackers, plus many more as she was the darling of Hollywood with the dimples and curls. She began at the age of 3 yrs.
As she was in the great depression time President Franklin Roosevelt proclaimed, “As long as our country has Shirley Temple, we will be all right.” Her influence extended to lands far away: Looking to curry favor with America, foreign dignitaries sent her such gifts as a miniature, drivable Rolls-Royce (from the Aga Khan in the Middle East) and a kid-size jade elephant (from China). 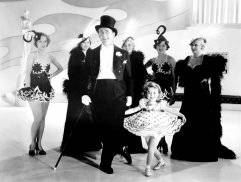 It is reported that Four of Temple’s most memorable films were released in 1935, including The Little Colonel, a Civil War musical drama where she tap-danced with Bill “Bojangles” Robinson on a staircase in one of the most enchanting cinematic sequences of all time.
She followed up that year with Our Little Girl and Curly Top — which introduced another of her songs that became a classic, “Animal Crackers in My Soup” — and The Littlest Rebel, in which she and Robinson appeal to President Lincoln for help in another Civil War saga.
A gold mine with glowing locks — her mother Gertrude did her hair for each movie, with 56 corkscrew curls each time — the plucky Temple was No. 1 at the box office for four straight years, from 1935 through 1938. During this stretch, Fox reworked her contract to pay her $50,000 per film.
After Temple was loaned out to Paramount in 1934 for the films Now and Forever with Gary Cooper and Carole Lombard and Little Miss Marker, Zanuck made certain that would never happen again. He refused to let her work at MGM on The Wizard of Oz (1939), and the part of Dorothy went to Judy Garland.
Temple wed twice, with her second marriage, to Charles Black in 1950, lasting until his death in 2005.
Temple went to politics and as Republican, Temple unsuccessfully ran for Congress in 1967 on a platform supporting America’s involvement in the Vietnam War. A year later, President Nixon appointed her a U.S. delegate to the United Nations. She later served as the U.S. ambassador to Ghana and Czechoslovakia and as the State Department’s chief of protocol.
In 1972 at age 44, Temple was one of the first public figures to talk about having a mastectomy, paving the way for open discussion of a formerly taboo health subject. “It is my fervent hope that women will not be afraid to go to doctors for diagnosis when they have unusual symptoms,” she said then.
In 1988, Temple published her best-selling autobiography, Child Star, and received Kennedy Center honors. She accepted the Screen Actors Guild’s Life Achievement Award in 2006 but stayed out of the public eye in her final years. 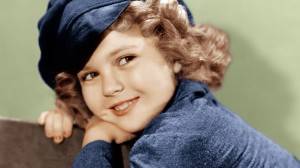 “When I was 3 years old, I was delighted to be told that I was an actress, even though I didn’t know what an actress was,” she said to much laughter at the SAG presentation.
“I have one piece of advice for those of you who want to receive the Lifetime Achievement Award: Start early!”
A statement from Temple’s family read in part, “We salute her for a life of remarkable achievements as an actor, as a diplomat and most importantly as our beloved mother, grandmother, great-grandmother and adored wife for fifty-five years of the late and much missed Charles Alden Black…. We ask that our family be given the opportunity at this time to grieve privately.”
Private funeral arrangements for Temple are still pending but a remembrance guest book will soon be opened at shirleytemple.com. Contributions in her memory may be made to the Commonwealth Club of California’s 2nd Century Campaign or to the Education Center at the Academy Museum of Motion Pictures in Los Angeles, according to the family’s statement. 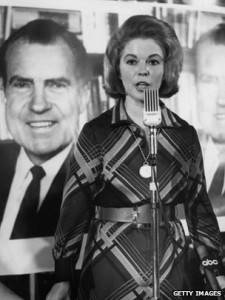