HOT PICKS IN RELEASE IN MUSIC WITH HOLLY Songwriting and producing brothers Timothy and Theron Thomas (better known as R. City) have teamed up with Maroon 5 frontman Adam Levine on the new track Locked Away. Originally from the US Virgin Islands R. City have penned smash hits for Usher (I Don’t Mind), Rihanna (Pour It Up), Miley Cyrus (We Can’t Stop), and Becky G (Shower) just to name a few.

Locked Away feat. Adam Levine follows their debut single I’m That feat. 2 Chainz and is sure to make its way around the world successfully.

The simple piano chords and angelic voice of Adam Levine are a great introduction to the song before kicking into a steady beat that sound island-like; a nod to R. City’s origin. “When you live in the projects somewhere, you want your hood to be known. We want people to know St.Thomas. The island’s nickname is Rock City – hence our name,” says Theron.

During the chorus Levine is joined by what sounds like a choir singing the hook of the song “would you still love me the same?” The chorus of Locked Away will have everyone singing along with its catchy melody and easy to remember lyrics. The contrast of the piano chord progression and rapping of R. City makes a perfectly juxtaposed song that will be stuck in everyone’s head for all of the right reasons. 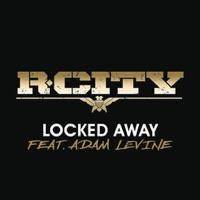 After the global success of their remix of Bastilles Pompeii Audien has signed to Astralwerks and has released the song Something Better. The song features the vocals of Grammy-award winning group Lady Antebellum. Audien caught the global dance scene’s attention after posting their remix of Pompeii on YouTube that ended up having over 8.7 million views.

The smooth and powerful voices of Lady Antebellum drive the song through simple chord progressions, electronic sounds and a pumping beat. The ups and downs of the song created by the adding and removal of beats and instruments gives the song a club-dance feel that will have everyone tapping and moving along with it.

Through the clapping in the background of the chorus the song is given more of a club-feel. People will definitely be clapping along at the clubs or in the car to Something Better. Lady Antebellum’s easy-to-listen-to vocals make the chorus catchy and one to sing along to which is different to their usual country songs.

Audien will be touring the festival seen in Europe and the US which includes: Tomorrowland, Electric Zoo, TomorroWorld, Nocturnal Wonderland, Beyond Wonderland and more!

Something Better feat. Lady Antebellum is available to purchase now! 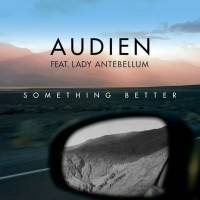 The EP shows off a new and more mature sound for the band with 4 tracks. All 4 tracks are different but with the MKTO sound in common that fans love.

Bad Girls is a funky song that shows off Tony’s impressive falsetto and Malcom’s rapping abilities. At the end of the chorus “singing ooooh, all the bad girls singing ooooh” will have people imitating the melody all day long.

Afraid Of The Dark takes a darker turn on the EP with electronic beats and sounds throughout. Once again, MKTO have created a chorus that is easy catchy in the best way with a ‘la da da da’.

The third track is Monoco. It begins with simple electronic sounds and Tony’s smooth voice singing the lyrics “I’ll go wherever you go, chase you through the streets of Monoco”. Malcom’s rapping during the chorus gives the song a more modern approach to a simple love song.

The last song on the EP is Just Imagine It that, once again, shows off Tony Oller’s impressive vocal range and Malcom Kelly’s amazing rapping. The song is an uplifting and empowering song about imagining a world with “no war” and “no pain” and “no fear”. Unlike the rest of the EP the song focus’ heavily on Kelly and his rapping with Oller singing the chours with what sounds like a children’s choir. Just Imagine It will speak to anyone who listens to it and it’s message is an important and powerful one.

MKTO will be in Australia from the 3rd August for a week. 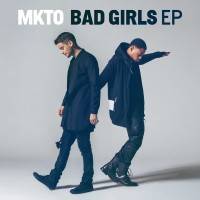