HOUSE OF THE DRAGON: IRON THRONE SET TO TOUR AUSTRALIA

binge HOUSE OF DRAGAN IRON THRONE by Caroline Russo | on August 11, 2022 | 0 comments | in Entertainment | Like it To celebrate the arrival of the year’s biggest show – House of the Dragon – BINGE is bringing the new-look Iron Throne to Australia,
inviting fans to come down and get their picture taken on the famous Throne

BINGE, home to the world’s best shows, will deliver Australian fans the new-look Iron Throne ahead of the premiere of the highly anticipated series, House of the Dragon. 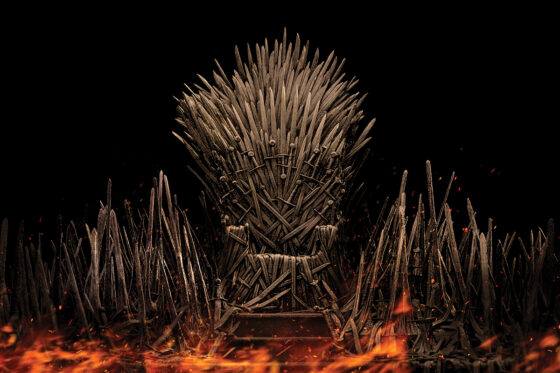 The prequel to Game of Thrones, will be available to stream on BINGE at the same time as the U.S. on Monday 22 August.

The Iron Throne, which will appear in the upcoming new series, is the seat of the Lord of the Seven Kingdoms and is forged from the blades of Aegon Targaryen’s defeated foes, melted together by a dragon’s fiery breath after he conquered Westeros.

The Throne – which is 3.7m width x 2.8m height x 3.3m depth – weighs 226 kg and covered with 1000 swords, will be touring Australia, arriving first at the Sydney Town Hall on Friday 19 August, a location steeped in history.

BINGE is giving Australian fans the chance to sit on the show’s iconic Iron Throne and claim their rightful place.

Alison Hurbert-Burns, Executive Director, BINGE, said: “We are so excited to unveil the full scale replica of the new Iron Throne from the year’s biggest TV show giving Australian fans a special opportunity to sit on top of the Throne.

“Like many fans, I’ve been re-watching Game of Thrones as we wait for the highly anticipated prequel – House of the Dragon to premiere on Monday 22 August on BINGE, same time as the U.S premiere.

“So we are calling on the fans – new and returning – to come along to one of the Throne locations and take a seat on the imposing new-look Iron Throne.”

Fans of the show around Australia will also have a chance to see the Throne throughout August and September. Confirmed locations include: