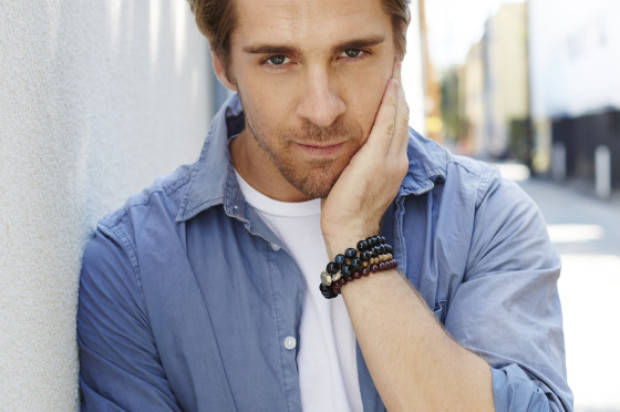 Hugh Sheridan, one of Australia’s favourite actors, presenters and musicians, will join the cast of the Nine Network’s Logie Award-winning family drama House Husbands in 2016.

Nick hits all the right notes with the kids. He is their in-house Pied Piper, encouraging them to bang and clang to their hearts’ content. Who thought school could be this cool?

His effortless, smooth arrival at Nepean South hits a glitch however, and the glitch has a name: Lewis Crabb (Gary Sweet).

Hugh Sheridan is one of Australia’s finest young artists. He has appeared in top Australian television dramas and theatrical productions, and is currently one-third of California Crooners Club which is playing sellout shows at the Adelaide Fringe Festival and winning “Best Music Act” and “Critics Circle Pick” awards.

Sheridan said: “I feel very lucky to join the extraordinary team who have created this hit show. I’m pumped to get on set and rock with the cast – I hear they’re a lot of fun.”

Nine’s co-Heads of Drama, Jo Rooney and Andy Ryan, said: “Australia’s favourite House Husbands won’t know what’s hit them when Hugh Sheridan blasts into their world. Hugh is one of Australia’s most popular and gifted actors, and we’re delighted he’s joining Nine as our newest and most intriguing House Husband.”

House Husbands series five will go to air on the Nine Network later this year.

House Husbands is a Playmaker production for the Nine Network.