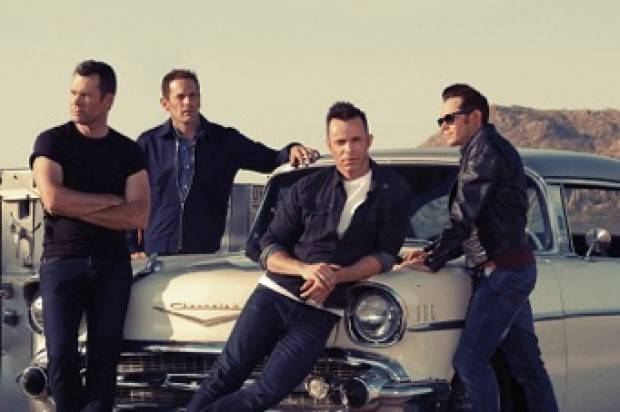 Human Nature are currently back in Australia ahead of their ‘The Jukebox Tour – a 25th Anniversary Celebration’ which kicks off in Melbourne this Thursday night, April 23rd.

With the release of the platinum accredited JUKEBOX in October last year and has surpassed 100,000 units of sales, Human Nature’s 11th studio album in their 20 year recording history with Sony Music, 2015 marks the 25 years of Human Nature together as a band.

In honour of this incredible milestone, we could bore you with the number of early morning calls, the odd missed alarm, the number of both domestic & international flights taken, the amount of sound checks, phone interviews, promo schedules the guys have undertaken throughout their career, or even listing all the Australian venues they have played. Instead, we thought we would share with you these incredible feats – 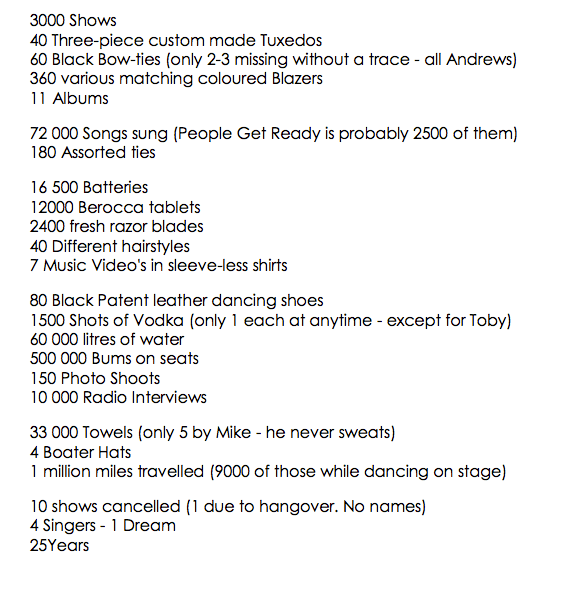 ‘The Jukebox Tour – A 25th Anniversary Celebration’ will be commemorating 25 successful years since the band was founded, with the iconic group touring the country in April and May 2015 with only limited tickets remaining.

JUKEBOX was produced by David Pierce (Michael Buble) with fellow Canadian music man Bob Rock (Aerosmith, Bon Jovi, Michael Buble) on board as Executive Producer. A roll-call of elite musicians recorded their parts for JUKEBOX. Indeed, members of Buble’s horn section deliver the goods on seven tracks, including ‘Wonderful World’, ‘End Of Days’, ‘Runaround Sue’ and ‘Good Lovin’. Double bass maestro, Chuck Berghofer added his genius to ‘Stand by Me’, ‘Unchained Melody’, ‘Runaround Sue’, ‘I Only Have Eyes For You’ and ‘Under The Boardwalk’.

JUKEBOX was recorded in L.A., Calgary, Toronto and in Human Nature’s adopted home of Las Vegas.

Since signing with Sony Music Australia in 1994, Human Nature have enjoyed five No. 1 albums in Australia. All told, they’ve achieved 24 platinum awards, 18 top 40 hits and five top 10 hits worldwide. In 2005, Human Nature released the five-time platinum album REACH OUT – THE MOTOWN RECORD, a collection of Motown hits. It went on to win the ARIA Award for the highest-selling Australian album of the year, and it reached No. 1 on the U.S. Billboard Heat Seekers chart. 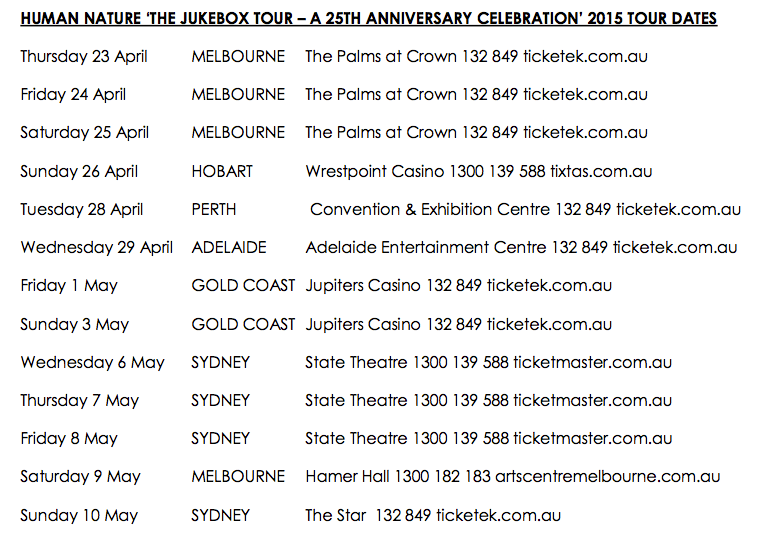