EP MUSIC RELEASE Imaginary Friend Mahmood Khan by Caroline Russo | on May 11, 2021 | 0 comments | in Music Reviews | Like it Mahmood Khan credits his success to the folks at Australian community radio who have helped create a new audience. This resurgence in his career follows a long list of achievements. The Pakistani-born singer-songwriter and music producer has been called the most significant world music artist of today. After an extraordinary period of global success, the multi-talented artist has just released his new project, a jazz-inspired EP featuring its tantalizing new lead track, Imaginary Friend. Once again, Mahmood’s latest work is Mahmood at his best.

The mood is natural. The tone is calm, an effortless striding utilizing lush production to connect with the vast multitudes of his listeners. Highlighting Mahmood’s production sensibilities and magical storytelling, Imaginary Friend is sure to repeat the unprecedented achievements of his record-breaking career history. Imaginary Friend shot into the USA iTunes Jazz charts at #5 and is currently #1, a feat no other Australian or Pakistani artist has ever accomplished. 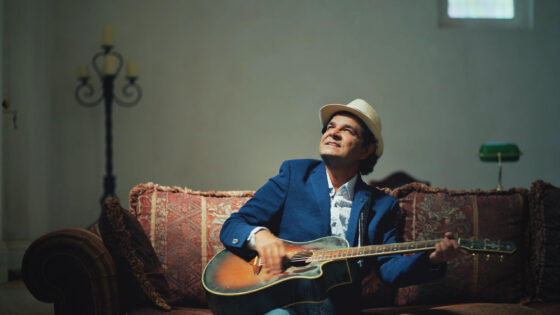 The new release follows in the wake of Mahmood’s recent astounding chart impacts worldwide, which include: 6 songs on the iTunes USA top 100 during April 2021, a #1 Billboard Classical Crossover hit with Mahmood Khan with Willoughby Symphony Orchestra that also reached #1 on iTunes in USA, Australia, France, Switzerland, Mexico, France, and Turkey, four consecutive #1 singles in Australia and Tere Baghair becoming the first foreign-language album to go #1 on the USA and Australian iTunes charts. The new EP is awash with timeless jazz-inspired charm, containing a collection of songs that range from swing world pop to stirring, big ballads. The sound is sophisticated and expansive yet manages to retain a raw, relatable vulnerability. Mahmood Khan is a genuinely inspiring unstoppable force in contemporary world music, and Imaginary Friend is the latest manifestation of his phenomenal artistic power.