Brisbane Greeters Douglas Kennedy On Centre stage Colunm by Caroline Russo | on February 16, 2013 | 0 comments | in Uncategorized | Like it 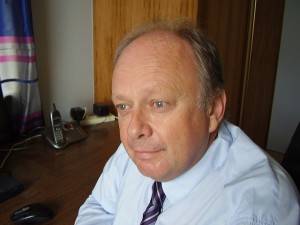 Hush ,Hush Biz is ‘like wow ’to capture the services of the much-admired writer and broadcaster Douglas Kennedy with his internationally acclaimed On Centre Stage snippets

Kennedy will be writing a weekly column based on his theatrical world with Brisbane, national and international commentary, asides and observations

His On Centre Stage blog has reached thousands worldwide, but through Hugh Hush Biz he looks to reach a more stimulating and exciting audience.

But first here’s his story told in his own style

Arts commentator Douglas Kennedy’s induction into the notion that All The World’s A Stage was initiated by his classically-trained actor father, Michael, who read Henry V to him while he was still in the womb.

Later the totally unprepared infant would be assaulted with quotes from Richard III as he was tossed into the air with casual indifference, but fortunately the consequences were benign.

Kennedy, who was born and raised in England a life-time ago, would later make his own less auspicious entrance into theatre playing the dame Widow Twankey in the panto Aladdin.

This unannounced debut, somewhere in the Midlands of England, turned out to be his greatest comic triumph as at the end of his first big number he was left standing on stage with his arms outstretched all but bare chested.

A wardrobe malfunction had seen the dress spilt down the middle, which created a reaction in the audience which swayed from waves of mirth to a cascade of hysterical laughter.

The producers insisted the spontaneity in the act be maintained, but sadly the opening night levels of hilarity were never equaled.

Kennedy’s next excursion into a wicked life upon the stage came courtesy of the National Youth Theatre of Great Britain.

He spent two summer seasons with the iconic institution, dedicated to introducing the nation’s youth to the stage, playing in productions of Richard II, Coriolanus and blending into crowd scenes for Zigger Zagger and The Apprentices.

In the Shakespearean roles he managed to hold his stave straight and speak his occasional lines with great aplomb.

His on-stage ambitions died with his drama course at Loughton College when the tutor introduced the class to a world of conviviality and conversation in the local saloon bar.

Kennedy decided that writing and talking about theatre was much more fun then the hard yakka of learning lines and blocking a scene.

This sent him hurtling along a journalistic route which landed him in the colonies, where he managed to swap the daily grind of news reporting for the hallowed altar of arts journalism.

So for more than three decades he has been writing about the performances and theatre in south-east Queensland, talking about the theatre, and weighing up the merits of various theatrical endeavors as a member of various judging panels, committees and boards.

For more than two decades he could be found at the Bulletin on the Gold Coast putting together arts pages and rushing off to opening nights in south-east Queensland.

He was a founding member of the Matilda Awards committee and the man responsible for putting Joh Bjelke-Petersen’s head on the body of Frank n’ Furter for a jokey piece on the Rocky Horror Show.

NZ Prime Minister Robert Muldoon had played The Narrator in that country’s touring production for charity and Kennedy cheekily asked if the then premier would do the same in Queensland.

When the response came in the negative Kennedy put forward the supposition  that Joh would want the role of the starring role, Frank ‘n Furter.

In two decades the gadabout has found time for interviewing myriad national and overseas actors, producers and directors, addressing workshops and occasionally broadcasting his theatrical impressions.

Nowadays he divides his time between walking the dog, creative writing, imagining grand business schemes and chatting with ABC612 breakfast host Spencer Howson at the unearthly 6.40am hour on Friday am.

Sometimes when he has writer’s block he wonders if in fact his father did drop him occasionally while quoting The Bard!