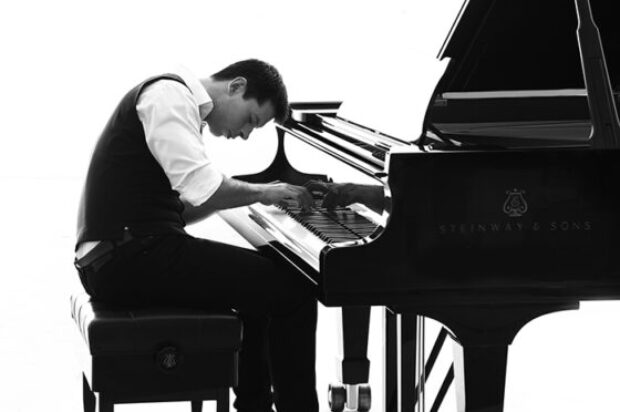 Shayan Italia started unexpectedly creating music after losing his Mum at a young age. Shayan’s mother bought him a piano just before she died, but he never lived to see him play it. But that’s just a part of the Shayan Italia story. A global multi-award-winning entrepreneur, pianist, songwriter, and vocalist, the multi-faceted musician has released the follow-up to his last single release, Warriors, which has some fantastic stats attached to it, including 8million plus YouTube views. And now his new single, Armour of Love, will undoubtedly achieve the same remarkable feat.

The new song is a pop-rock track with a sure-fire chorus hook and relatable, direct lyrics, all enhanced by a style of production that perfectly reflects the themes of understanding, empathy, and love at the heart of the track. As Shayan says about the new release, ‘My mother and father loved each other till their last dying breaths, which I sadly had to witness being only a boy. They were each other’s Armour Of Love. Your ARMOUR OF LOVE is someone who sacrifices for you long-term, who uplifts you in your darkest hour and makes you believe you can achieve anything when there is no belief in the air at all. The song releases 16 Nov, my late Mum’s birthday, and features a truly magnificent team of 135 Grammy, Emmy and Oscar-winning personnel coming together to create something truly special.’ Aside from his remarkable musical gifts, Shayan is also a philanthropist and has helped raise USD 250 million in light of Cancer Research and Multiple Sclerosis in memory of his parents. Discovered by the legendary Sir David Frost, Shayan’s ability to draw on his skills in a compassionate, significant way rings heart-stirringly true on Armour of Love.

In 2018 Shayan was crowned Global Indian of the Year for his outstanding contribution to India. His heartfelt version of the Indian National Anthem, an ode to his late Mum, stands as the most viewed national anthem online. Armour of Love will undoubtedly reaffirm Shayan’s standing on the global stage and add to his innumerable artistic and life accomplishments. This anthemic song will indeed connect with many across the globe.