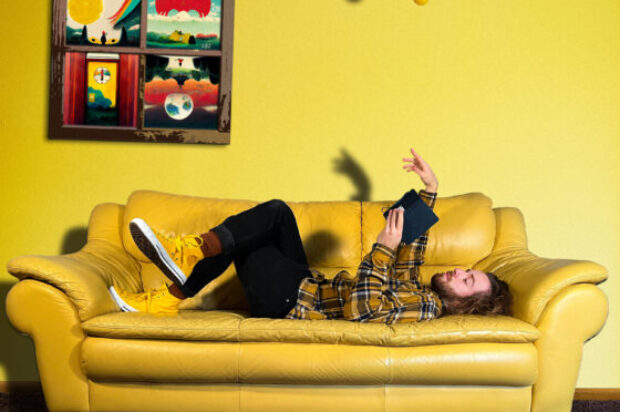 The new track for emerging Australian singer-songwriter Joel James is an exuberant dose of contemporary pop-rock. 27 Years Of Plans features an enticing series of melodic hooks, a brisk, good-spirited groove and Joel’s vocal, which veers from tender to energetic with ease and a self-assuredness. As Joel says about his new track, ‘This song is a celebration of failure and the freedom it can bring! Throughout my whole career, I thought that if I didn’t succeed by the time I turn twenty-seven, then I won’t succeed at all. Recently I turned twenty-seven, and nothing has changed. I’m still making music and gigging every day. The only thing that has changed is that the weight of pressure to succeed by a certain age is now gone! Ironically this ‘failure’ has restored my love for music, and my self-love too.’ A regular on the Melbourne pub scene, self-taught Joel is a multi-instrumentalist, producer, engineer, accomplished vocalist, and thoroughly independent music artist on the rise.

Some of Joel’s influences include the old songs he grew up listening to from his parents’ music collection, drawing inspiration from them and rewriting them in his style: a modern direction with vintage intentions. The track opens with a stripped-back hook that reappears later in the song. This melodic tag appears before an introductory chorus, whose catchy melody and zippy groove enhance the lyric’s contemplative mode. The arrangement also has plenty of surprises, as it harnesses dynamics to create a shift throughout the song, from a concession in the verses to a humour-tinged acceptance in the chorus, all merged to an upbeat tone. 27 Years Of Plans is sure to become Joel’s break-out track and the perfect introduction to his musical style, an intelligent, accessible pop-rock song with a contemporary sonic edge and an irresistible, striking sort of conviviality.