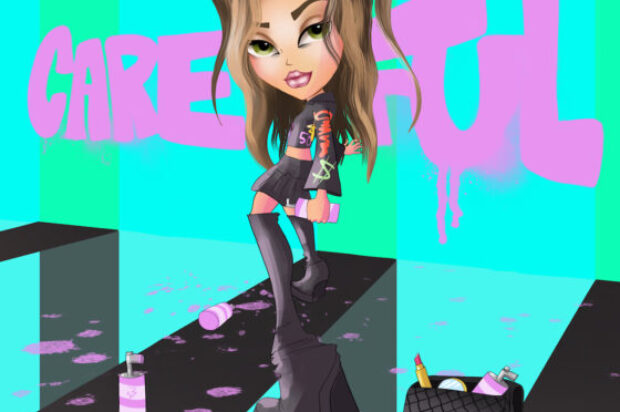 The new release for emerging music star Tiana Troy follows a string of singles in 2020. Careful is an enthralling contemporary RnB pop song highlighting Tiana’s seductive vocal performance and refined songwriting style. Tiana’s streamlined pop exploration of self-empowerment utilises a chilled beat, evocative instrumentation, and restrained melodic charm, asserting her position as one of a new breed of Australian pop artists on the rise. The background behind Careful is as enticing as the track. Not only did Tiana turn 18 one day before Sydney’s biggest lockdown, but it was also the day before she was meant to be in the studio to record vocals for all the new songs she had written. However, she overcame that. Tiana bought a new microphone, made a DIY vocal booth out of blankets, and began recording! Altogether, she recorded eight new tracks in her attic—including Careful. Careful is about being in charge, taking control and owning it. Tiana walked into the studio and said, ‘I’m sick of writing love songs. I want a song where I’m the boss!’ Careful is precisely that—a sultry R&B pop song with sensual vocals: with Tiana in charge.

Utilising a classic pop song structure, Careful also features barebones instrumentation, bass, beats, synth swathes and subtle sonic textures with a sharp focus on Tiana’s self-assured vocal. There are hooks throughout the track, from the quiet verses to the melodic pre-chorus and the chorus; the song is stamped with authority, allowing Tiana’s lyric to hit the mark. And the lyric pulls no punches, making the most of some strong imagery mixed with confidence and awareness such as contained in the second verse, ‘Always put me first yeah I run your world / Speak to me like church yeah I am your gospel / Devil with a curse you’re under my spell / Don’t you dare come I’ll show you a new hell’ This is undoubtedly just the beginning of a big year for Tiana Troy, and Careful is just the start of the ride.