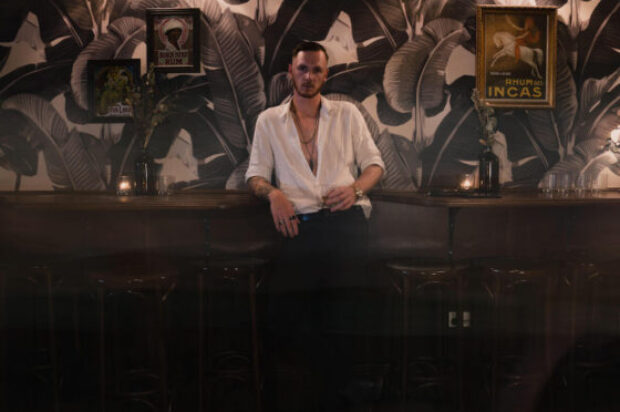 If Kent Dustin’s name is not familiar to you, it will soon be. The Gold Coast-based singer-songwriter has just released a break-out track that has hit written all over it. Cigarettes & Whisky not only has infectious hooks and a smooth blues-pop groove, it has a lyric that many might relate to—knowing something’s not quite right for you but doing it anyway. In the case of Cigarettes & Whisky, it’s the meeting of two people who are, well, as the song suggests, both bad but kind of good. And perhaps not so good for each other. Written by Kent and produced by internationally acclaimed producer Robby De Sa (5SOS, The Veronicas, Vera Blue), Cigarettes & Whisky’s alt pop-rock allure and roots-blues foundation is the perfect sonic setting for this tale of incompatible attraction and obsession. The most persuasive element of the track, aside from its melodic strength, is Kent’s vocal performance, gritty and intense, earthy, and dynamic. The emerging star has been a featured vocalist for Channel 10’s Creative Generation QLD 2011, winning Runner-Up solo vocalist at the Applause Rising Talent Showcase in Florida in 2014. Kent has not only performed across Australia for several years but toured internationally in Singapore and the Philippines, where he featured on the #1 Music channel, MYX. As Kent says about the motivation behind the new track, ‘The song is encapsulating the feeling of a flirty encounter you don’t mind entertaining, and even wanting to repeat a few times, despite knowing you’re both no good for each other long term. Cigarettes and whisky aren’t good for you but are a thrill in small doses and do go well together.’ This blending is also reflected in the track’s production, with its orderly balance of grit and sophistication, power, and subtlety. Kent’s career trajectory has already begun with a growing list of accolades and achievements and a few standouts.

As Kent says, ‘I would have to say a career-high for me was being interviewed on MYX TV in the Philippines, their #1 music channel with 12 million viewers, that has to be pretty up there.’ Born and raised to the soundtrack of country music in the rural Darling Downs, the outback influence underpins Kent’s musical palette. Cigarettes & Whisky is sure to establish the trajectory of this fast-rising Australian music artist.