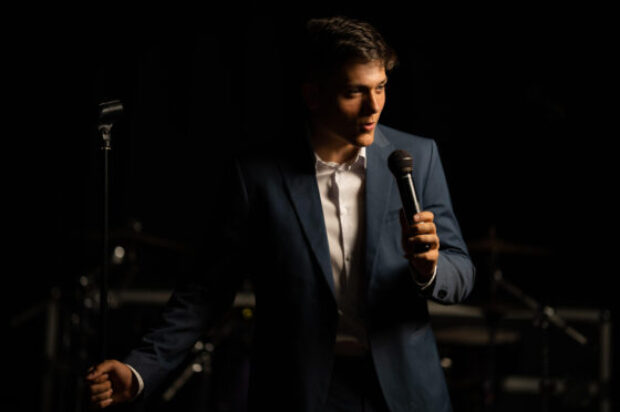 It has only taken a couple of years for 16-year-old Australian music artist Charlie Mitchell to go from busking on the streets of Carrara (Queensland) to working with one of the most illustrious music producers in the world, Narada Michael Walden. Walden has worked with some of the biggest names in the history of popular music, including Ray Charles, Barbara Streisand, Aretha Franklin, George Michael, Whitney Houston, Elton John, Diana Ross, Mariah Carey, and Santana, to name but a few. The result of their collaboration is Charlie’s new single release, Even After, written by Brian Evans, the Las Vegas crooner who facilitated Charlie’s involvement with Narada Michael Walden. As Charlie says about the song, ‘The song was written by Brian Evans. It’s about loss and losing a loved one. Brian’s mother passed away tragically due to a medical error during surgery. He couldn’t sing the song as it was too close to him. As a result, he sent the lyrics to me, and I came up with the melody on my guitar, and Narada professionally produced it in San Francisco at Tarpan Studios.’ Even After is a song whose melodic strengths are matched by Charlie’s undeniable vocal skills, a naturally gifted vocalist with a sense of timing and finesse that belies his age. Featuring finely articulated elements such as orchestration, a stirring lyric, and nuanced emotional dynamics, Even After is a highly accessible across-the-board radio hit, utilising contemporary romanticism, subtle, elegant production, and a universal message.

As Charlie says about the lyric, ‘They can be interpreted in a variety of ways. Some people say it’s a love song; others interpret it as losing a loved one and being heartbroken. In a way, the lyrics are intended to talk to the person that has been lost and describe to them how much they mean to us; they were taken too early, “your book’s sad chapter came too soon” it feels so wrong, but we know its where you belong. I’ll be waiting for you. Let me take your pain away; things won’t be the same. The song is about heartbreak but at the same time giving hope that we will be seeing one another again soon, and we’re waiting for that day.’