music artists Oscar rose by Caroline Russo | on September 9, 2022 | 0 comments | in Music Reviews | Like it 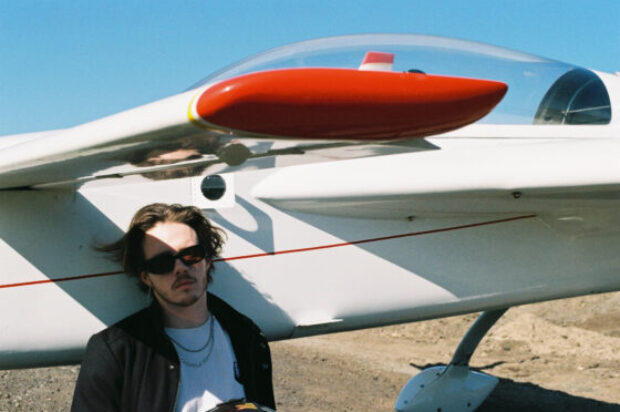 Indie Australian music artist Oscar Rose has released Flight Risk, a contemporary R&B track with an alt-pop edge and a few other surprises, including smooth grooves and plenty of hooks and a lyric that attempts to explore issues around mental health. The multi-faceted musician merges genres effortlessly, hip-hop, R&B, jazz, trap, and alternative pop, a hybrid spearheading a new sound coming out of his hometown of Geelong. 2022 has already been a big one for Oscar, releasing an amazing fifteen singles and a debut album, Saigon, Signing Off. As Oscar says about Flight Risk, ‘This track began via sampling objects in my room and blossomed into a full-length project from there (see if y’all can pick up the skateboard wheel in the mix!) The song depicts the plight of living with mental health issues and relating said issues to a past flame of mine, conveyed with finesse using sexy, underwater synths, smooth vocals, and silky live strings to boot.’ Flight Risk utilises a personal narrative and transforms it into a flow of emotionally charged and resonating imagery, augmented by Oscar’s enticing vocal performance. Oscar’s formative years have helped shape the artist’s sound. As he says about his family’s influence, ‘Having my parents as professional classical violinists has first and foremost exposed me to a whole different world as a kid. Now I’m lucky enough to get them on board for my recordings, such as Moonlight Tan & Flight Risk. Live strings (recorded right) will s**t on MIDI strings any day of the week. I reckon my affinity for jazz and crunchy, complex chords has definitely attuned my ear to be open to many different sounds too.’ Written and produced by Oscar, Flight Risk is the break-out track that’s sure to attract a lot of interest across all streaming channels, radio, and media outlets.