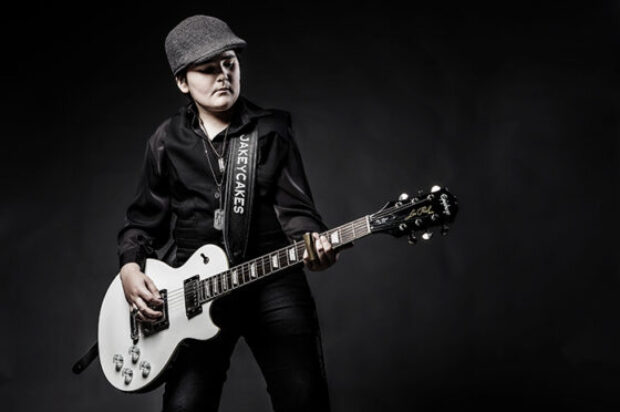 Free Spirited Baby is the new single for Brisbane based wunderkind Jake Murdoch. The singer-songwriter/multi-instrumentalist has released a driving indie blues-rock song that reveals the huge potential of this emerging Australian talent. The new single displays just some of Jake’s abilities, which include lead guitar, rhythm guitar, slide guitar, acoustic guitar, bass, piano, drums, harmonicas, tambourine, stompbox, ukulele, cajon, banjo and lead and backing vocals—Jake takes the meaning of the word virtuoso to an entirely new level. With mentors that include Vicky O’Keefe (daughter of Johnny O’Keefe), Robbie James (Gangajang/Yothu Yindi), Gina Jeffreys and Nashville producer Michael Flanders, it has taken Jake a remarkably short amount of time to reach such rare and accomplished musical levels. And it’s all on display on Free Spirited Baby, a rousing blues-rock track that combines raw energy with masterful playing and a playful lyric.

As well as featuring a straight down the line rock and roll feel, accompanied by Jake’s natural, unprocessed vocal performance, Free Spirited Baby is also a love song with an endearing lyric that utilises innocence and an affable comic sensibility. As Jake says about the lyric, ‘It is about a girl who is a free spirit who has lots of boyfriends and who left me. They include a number of questions about why she left me, and the chorus includes all the things I like about her.’ When asked about his ambitions, Jake says, ‘I love recording. I love the creative process, and I learn a lot from my producers working on my tracks. I absorb it all. I want to keep live music going and bring happiness to people.’ 2022 looks set to be a big year for the emerging young music star with appearances at major musical events lined up, including Kenmore Park Music Muster, Tamworth Country Music Festival, Ekka, Gympie Music Muster and RedFest. Free Spirited Baby is a taken from Jake’s debut EP, Jakeycakes—released when he was 11 years old—and is sure to establish his meteoric rise to superstar status.