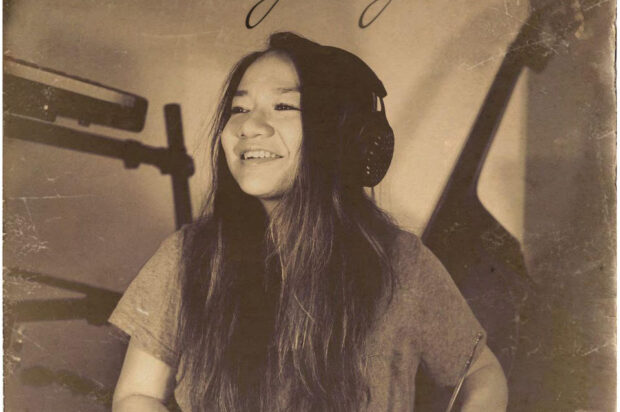 Many music critics have praised emerging Australian music artist Echolily, describing her sound as pivoting between the haunting, ethereal sounds of Massive Attack, Portishead, Bjork, and the strong songwriting of Sia. After releasing her debut single Under The Clocks (Stay), earlier this year, the Melbourne based musician is back with another bold musical statement, Higher.

As Echolily has said about her creative process, ‘I have always aimed to make sounds that would break the walls of my comfort zones. Often, they would cross genres, synth-pop, trip-hop, electro-pop and a little lofi.’ That genre-crossing has resulted in a kaleidoscopic sonic landscape on Higher, channelling the 90s and superimposing twists of nostalgia across the mix. With ads including SBS Chill DAB, Flow FM Network, and Triple R, Higher features hip-hop beats, seductive bass parts and bubbly, shimmering synths, all blended into an electrifying amalgamation that ends with an unpredictable yet tantalising choir. Teaming up with renowned Australian producer Ivan Khatchoyan (Choi Productions, Cookin on 3 Burners), Echolily once again explores dreamlike, surreal musical terrain in her typically idiosyncratic way.

As Echolily has said about the inspiration for Higher, ‘When I wrote Higher, I thought about everything that needs to make a comeback. Radio, cassettes, vinyl records, handwritten love letters, etc. The lyrics essentially is about love at first sight. Which, by the way, is something that needs to make a comeback. Imagine meeting someone in person for a nice date instead of chatting online. It is that feeling of meeting someone for the first time, getting so engaged in the conversation like you’re the only two people in that crowded cafe.’ And that sense of intimacy is notably present on Higher. In less than three months, Echolily’s brand of lo-fi, electro indie-pop has attracted over 25K Spotify followers and almost 100K streams. With the release of Higher, Echolily is set to exceed those numbers.