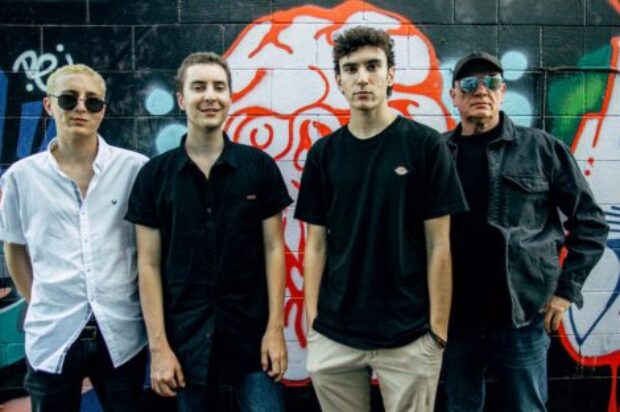 New indie rock band on the block, Lazy Guns, has released their second single and it’s a scorcher. If you’re into classic rock, Aussie pub rock and 2000s-era post-grunge energy, you’re going to love I Like It (When I’m With You). One of the most impressive aspects about Lazy Guns’ new release is its hybrid style. It mixes pure rock swagger with a blues-like melodic sensibility and condenses it into three minutes of raucous, rambling rock and roll. As front man and lyricist for the emerging band, Jack recounts, ‘I Like It (When I’m with You) was written three years ago and quite unconventionally! It was originally written—and consequently rehearsed for two years—without lyrics. When it came to recording our album, I finally sat down and wrote (them).’ Taking their cues from various sub-genres and influences, I Like It (When I’m With You) has attitude and defiance, as well as an immediacy that belies its heart on its sleeve influences. Speaking on the song’s theme, Jack explains that he paralleled Oasis’ reference to Sally in Don’t Look Back In Anger: ‘A mystery girl that doesn’t really exist.’ The track launches out of the speakers in a retrograde yet sure-footed style, with a primal rhythmic pulse and guitar riff, the set-up leaving room for a blistering vocal performance. The verse’s melodic style perfectly suits the guitar, drums, and bass attack, though the bass appears in the second half. A decent-sized chorus soon follows, consisting of a more free-flowing and explosive demeanour. The bridge follows with its two-tiered construction, with more riffs and a break that guides us back into the last chorus. I Like It (When I’m With You) is an assured and proficient rock track that will help Lazy Guns build a devoted fan base and boost anticipation for their debut album.