country and western Indie Music Tony cook by Caroline Russo | on May 9, 2022 | 0 comments | in Music Reviews | Like it 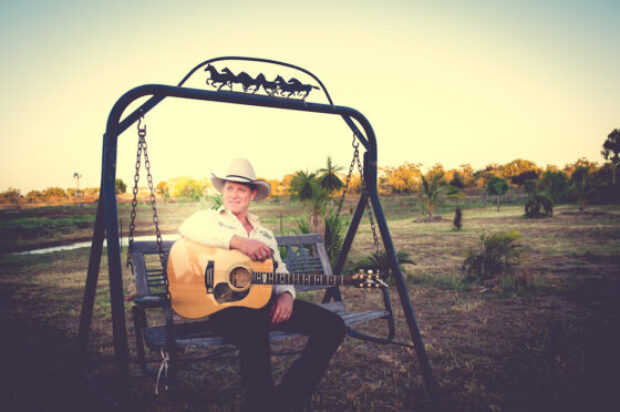 Produced by Aria and Golden Guitar winner Shane Nicholson, Little Things is a feel-good, upbeat song with a thinly veiled message that’s as universal as the appeal of this particular genre. The song explores the ‘little things’, the small ways in which we connect that make all the difference in the world, and a positive look at how these small acts, whether it’s being polite or using manners, can make the world a better place. Tony has toured extensively throughout the country, appearing at some of Australia’s most renowned music events, including Townsville’s Country Music Muster, Winton’s Way Out West Fest, Rockhampton’s Beef Week Australia, Julia Creek’s Dirt and Dust Festival, Rocky River Festival and Charters Towers Rocks. He has shared the stage with such illustrious music artists as Adam Brand, Travis Collins, Troy Cassar-Daley, The McClymonts, James Blundell, Phil Emmanuel, Mental as Anything, Wendy Mathews, and Russel Morris. The track utilises the typically organic sound of traditional country but contains a refined melodic sensibility, imbibing the lyric with a memorable potency. Tony explains the motivation and inspiration behind Little Things, ‘It was penned during Queensland’s three-week lockdown COVID, a big eye-opener for me. I was taken aback by everyone’s lack of empathy and, I guess, kindness. I wanted to remind people that it’s the little things in life that really matter and that makes the world a better place.’ Little Things is a heartfelt reminder of our collective values and vulnerabilities and a notable introduction to Tony Cook’s songs.