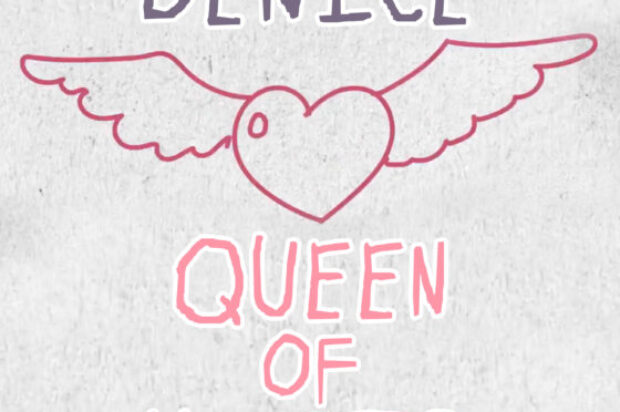 If the opening lines of this new track by Melbourne based singer-songwriter BeNice (Be Nice) don’t get under your skin, I don’t know what will. The ‘Mmmm whatchya gonna do boy / Mmmm what ya gonna do’ refrain is a slick method of luring one into the song’s world, a mixture of pure pop and contemporary RnB. After a series of successful singles, including Something For You and Maybe, the multitalented performer’s new track Queen of Hearts is set to expose this emerging indie-pop artist to a much wider audience.

BeNice’s career aspirations will undoubtedly be given a solid lease life with Queen of Hearts, helping to reaffirm the musician’s early life ambitions. As BeNice has revealed about her personal history, ‘I squashed my own dreams when I was younger by listening to the opinions of others. My dream is to make music for the world to hear – and it’s happening.’ BeNice has delved into the remains of a broken relationship to create this soulful and irresistible contemporary pop delight: swirling harmonies surround an exceptional vocal performance. At the same time, melodic finesse enhances a lyric energised by a self-asserting desire to heal. As BeNice has said about the inspiration behind the track, ‘Sometimes it’s overwhelming, and you can have so much anger toward that person, but eventually, you decide to drop the baggage (‘drop the bags and run’) and not get into any arguments with them anymore and send them good vibes ‘sealed with a kiss’ and try to move on, with love.’ A hip-hop pop beat provides the basis for the song’s pulse, with BeNice’s melodic choices front and centre. The two main recurring segments—verse and chorus—are so intertwined and prominent that though Queen of Hearts sounds like it has two choruses.

A subsequent bridge component goes on to add a varied sonic shade to the overall palette. As BeNice has revealed about her drive and motivation, ‘Life and emotions are my inspiration. Female empowerment big time. I want all people to be equal and not afraid to get what they want in life.’ Queen of Hearts will undoubtedly appeal to all who can relate to these timely and universal ideals and appreciate a well-crafted pop song.