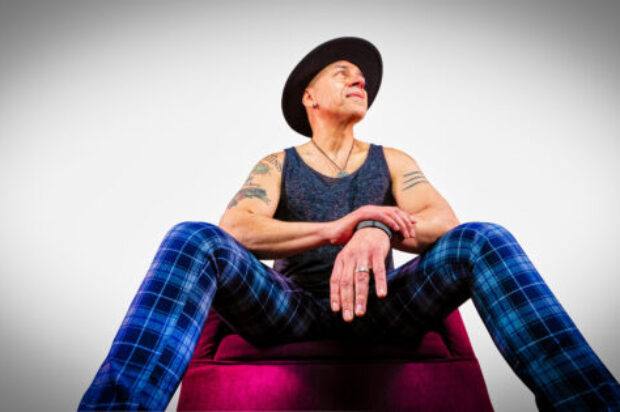 Dino Jag’s new single release is titled Shake A Leg Like Elvis, and when listening to it, that’s just what one feels compelled to do—move. The follow-up to this previous release, When the Day Comes, written during a series of online writing and production sessions with Ryan Tedder (OneRepublic, Adele, Ed Sheeran, Stevie Wonder, Paul McCartney), Shake A Leg Like Elvis relies on immediate hooks, a treasure trove of funk-pop sensibilities, and Dino’s evocative vocal style. Written and produced by Dino Jag and mastered at Abbey Road Studios by Oli Morgan, Shake A Leg Like Elvis will undoubtedly attract radio and streaming interest, just as his previous work has. Dino’s songs have been featured on numerous radio networks, including SUPER RADIO NETWORK, GRANT BROADCASTERS – OZ MADE, FLOW FM NETWORK, MOOD MEDIA – IN-STORE, SRN TRIPLE G, SRN HILL FM, PLAY MPE CHARTS, TOP 100 AUSTRALIAN SONGS – ITUNES CHARTS, and AIR CHARTS. As Dino says about his new release, ‘The title of the song came from the phrase ‘you gotta shake a leg like Elvis’, something my dad would often say to me as a kid when I first started singing and playing the guitar. Over the years that phrase stuck with me and evolved into a metaphor for ‘not holding back’. Everyone has a uniqueness to unleash, something to shake out of themself and share with others, something that liberates them. That’s what I’m plugging into with this song.’ Supporting the melodic flair of the song is a series of well-considered production adornments, including layers of background vocals, astute guitar and bass work, and rhythmic variations that add depth and colour to the dynamics. Dino’s vocal style seems particularly suited to this genre, a blend of funk, pop and rock, though it’s a combination of this and the writing that makes this track stand out.