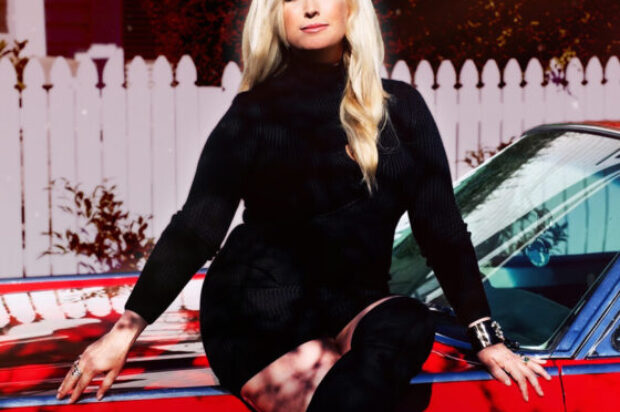 Originally from Oregon US, New Zealand based singer-songwriter Emme Lentino’s brand of country-tinged pop, soul, and pop-rock has featured in several daytime television shows including ABC’s One Life to Live and All My Children. She has also performed in an off-Broadway production, and collaborated with DJ/producer Vasili Gavre, writing, recording, and performing a song in the Victoria’s Secret national BIOFIT campaign. Fresh from the success of her festive season track Last Christmas (George Michael), which was featured on MTV Australia, the Philadelphia News Channel 17, CTV Calgary (National News in Canada), Global News (National News, Canada), and received airplay on commercial radio world-wide and consumer outlets including Bed, Bath and Beyond. The singer-songwriter has co-written and worked with several big hitters, including Greg Cortez (The Kooks, Billy Ray Cyrus, Kim Deal, George Clinton, and L.A. Guns) and Dan Antunovich (Jersey Boys, Kitaro). Emme’s new release unveils another side to the singer-songwriter’s creative armoury, adopting a synth-pop sensibility with an arresting vocal performance to underscore a straight to the point lyric.

Featuring a range of hooks, including power-pop guitar blasts and laid-back, intoxicating R&B grooves, Shake It Off yet again reflects the broad, ever-changing musical perspectives of this talent and will undoubtedly attract unanimous, across the board praise. Less country-pop and more contemporary pop, and more precisely synth-pop, Shake It Off’s smooth RnB pop beats merge with darker, more brooding tones, with a series of synth and keyboard textures, most prominently a swirling keyboard bass. But threaded through are some enticing guitar touches, muted rhythms and interlocking riffs that add to the general sonic aura. Yet it’s Emme’s restrained vocal performance that gives the track its edge, helping to establish the sensual, mysterious overtones. Shake It Off is a noticeable change of musical direction for Emme Lentino that will undoubtedly expose to her a more extensive audience base.