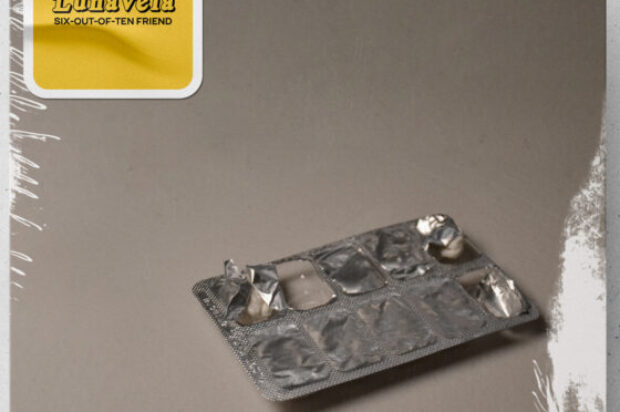 As Steve says of the new release, ‘Six-Out-Of-Ten Friend is not a misanthropic song. It’s more a celebration of setting better boundaries with people who don’t get you and laughing about social awkwardness, celebrating that awkward conversation of small talk in the pet food aisle of Tesco with an ex-work colleague or an ex-girlfriend’s husband. This is my idea of a pop song’. A reiterated line on this new track pretty much sums up the concept at play here: ‘Avoiding you in the supermarket’. Who’s never gone through those tiny seconds of social panic and agitation? Bumping into people you don’t want to or realising that some ratbag associate should be avoided. The new release follows the outfit’s 2017 debut EP; however, this latest is a slight departure from the drum machine heavy tracks of Lunavela’s debut, offering a more organically in tune sonic palette.

The rougher textures—the less distinct drum sound, the ethereal jangle of the guitars—provide a more persuasive accompaniment to the dryness and sneaky jabs of the lyric, an evocative match that results in a satisfying hybrid somewhere between New Order and The Dandy Warhols. As Steve says about his creative process, ‘My M.O. with songwriting on this project is to make you feel something in some form whether that makes you smile, laugh, cry, sing along, resent me, whatever.’ Six-Out-Of-Ten Friend captures a little of all these qualities: a condensed and noteworthy musical listening experience.