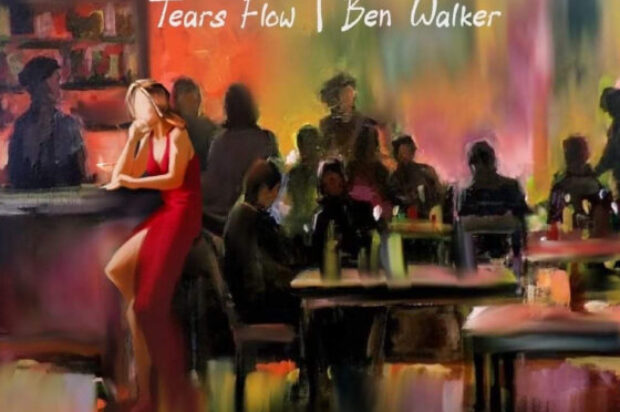 Australian indie-country music is in the best shape it has been for quite a while, and one of the emerging lights of this blossoming genre is singer-songwriter Ben Walker. Ben’s previous releases, including Castles and Time to Go, have enjoyed enormous support from KIX COUNTRY NETWORK, ABC LOCAL, TAMWORTH 2TM, 2MO – SUPER NETWORK, FLOW FM NETWORK, GOOD MORNING COUNTRY SYNDICATION and AUSTRALIAN COUNTRY SYNDICATION. Ben’s latest single, Tears Flow, highlights the music artist’s multi-faceted talents. Brimming with insight and evocative imagery but never straying too far from the real, Ben’s songwriting is folk-like in its conventions but stamped with his particularly perceptive take on life and its various, ever-changing aspects. As Ben says about the new release, ‘Tears Flow is a nod to all those who feel they have to put up a “front”. It was inspired by a friend of mine who always came across in public and on social media as being highly successful and very happy – in fact, if I’m honest, I felt I couldn’t live up to their achievements. One day they let slip that they had been going through a very difficult time – I felt stupid for not realising, but they’d seemed the “life and soul of the party”, the reality, behind closed doors, was quite different.’ Ben now divides his time between producing new songs and playing regularly around Sydney and beyond. He also regularly performs in other cities. Recently, he’s had the chance to collaborate on songs with internationally renowned songwriters, including Allan Caswell, Beth Lucas, and Stephen Dobson. Tears Flow mixes an indie-folk and modern country style to showcase Ben’s eloquent and insightful observational abilities, with a story supplemented by an amenable, intimate vocal performance and augmented by an enthusiastic organic band sound.

In January, Ben will again head to the Tamworth Country Music Festival for a set of shows and to host a stage showcasing upcoming country music talent. With the release of Tears Flow, Ben Walker has positioned himself as one of Australia’s fastest-rising indie-country music stars.