ben walker music indie artist by Caroline Russo | on February 4, 2022 | 0 comments | in Music Reviews | Like it Australian singer-songwriter Ben Walker has released the title track from his debut EP Time To Go. The new song is the follow-up to his recent breakthrough, Castles, which generated nationwide radio play across a wide range of broadcasters, including Tamworth’s 2TM and 92.9FM, Australian Country Radio, Good Morning Country, and the ABC. 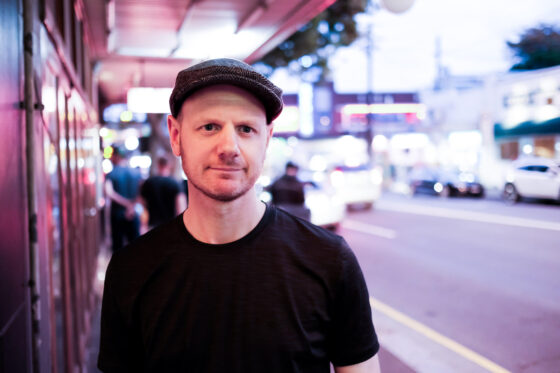 The new song follows the release of three singles in 2020, Playing Alone, Money in the Jar and Smiles, and more recently, Castles in 2021. Time To Go once again explores the minutiae of everyday life yet extends the theme to incorporate the complexities of love. Ben’s ability to blend the domestic with the romantic in an understated way is just one of many inviting aspects of his music. As Ben says about the new track, ‘This song started out being about those times when what makes sense and what you are passionate about don’t align. The more it developed, though, the more it turned into a story about how I first met my wife and what It feels like to be in a long-distance relationship—you know you’re in love, but it’s always someone’s turn to leave.’ The new track’s laid-back groove is set up early, with the verse melody’s sparse structure helping the lyric to leave its mark. When the chorus lands, it has a slightly modified rhythmic element—a more concerted four-four drum feel—which helps create emphasis and generate energy, elevating the part and providing a natural ebb and flow—once again reinforcing the lyric.

Ben’s close-sounding vocal is maintained throughout, a self-assured performance that contains enough effective vulnerability and nuance. With a musical style reminiscent of Crowded House and a vocal approach similar to Paul Kelly and Mark Knopfler, Ben’s new release will undoubtedly attract across the board media attention and endear him to enthusiastic audiences everywhere. The EP Time To Go launches on the 11th of February.