Country music star Grayson, aka Michael Edser, spent his childhood in Australia, developing his innate musical talent and fine-tuning his songwriting. The internationally regarded music artist has just released Unsolved Mystery, his first new track in two years. Grayson’s story is one of inspiration and dedication, and no doubt hard work. After establishing a solid following in Australia, Grayson toured the US and Europe extensively. He secured a contract with Rifle Range Records, eventually relocating to Ireland at the beginning of 2009. 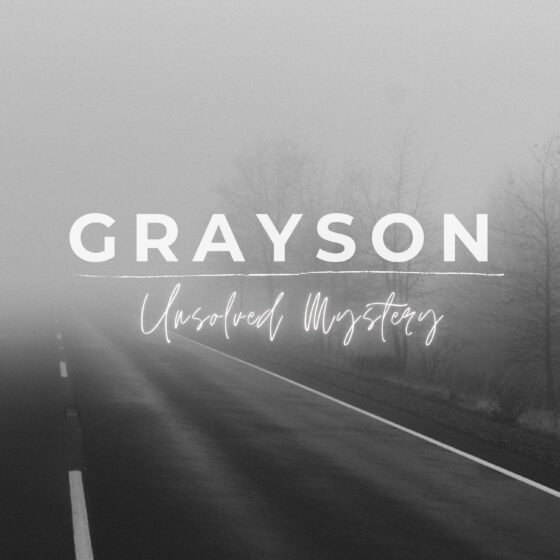 In 2011 Grayson relocated to the US, going on to sign a publishing, album, and management deal in Nashville with Busy at Play Publishing, owned and operated by Garth Brook’s guitar player, Johnny Garcia. Grayson has a remarkable career history, beginning in 2009 with the #1 success of his first singles, Stand Clear and Change. A string of significant releases followed the hit albums, including Somewhere in the Night, Chronology, Little Doors, Broken Hearts & Broken Bones and Window Dreams. Now based in Nashville and continuing to solidify his reputation as an in-demand musician, songwriter and producer, Grayson takes his tales of heartfelt experiences and all the forgotten moments in between to the next level. Unsolved Mystery is a hook-laden contemporary country-pop record that will undoubtedly receive across the board radio and streaming attention and expand his ever-growing fanbase.

The new track is about the random nature of love, the fall-out and the person who’s left behind. It features a smooth blend of organic elements, including acoustic guitar, strings, vocal harmonies, and percussion, with a soulful vocal performance at its centre and a shimmering production that reflects the nature of the lyric and its potent imagery. Unsolved Mystery is sure to connect with many, its subject matter easy to grasp despite it’s focus on what is not so easy to understand—heartbreak.