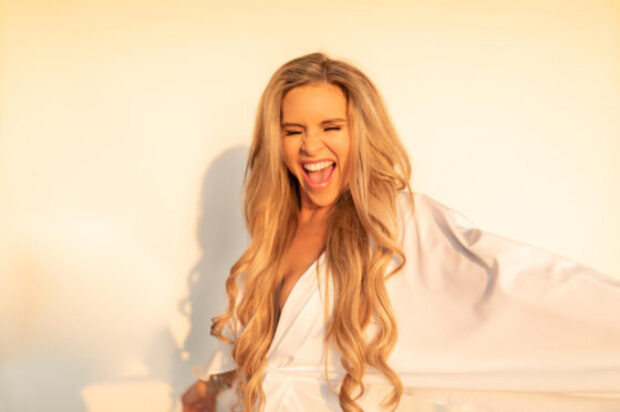 Who can resist a chorus with this kind of lyric: ‘Livin life exotic, blowin up every party / Shakin it up tectonic, we love us, hey! / Sippin on bacardi, shinin illuminati / Hittin like a tsunami – we love us – hey!’ The new single for Australian artist Lark is a sassy, RnB flavoured dance-pop track that’s as instantly identifiable as it is rousing. Although Lark has had years of experience playing in bands, it’s only recently that the Australian singer-songwriter has emerged as a solo artist in her own right. The new track follows Lark’s debut single Dalai Lama, whose RnB and Latin inspired pop colours are utilised once again on We Love Us! Co-written and produced by LA-based producer Ollie Gabriel (John Legend, Pink, Mel B, Keke Wyatt, Jennifer Lopez, and The Backstreet Boys), whose songs have been streamed over 30 million times on Spotify and include major radio hits in the US, Australia, and Europe, the new song is sure to catapult Lark into the next level of her blossoming career. Modelled on an intoxicating mix of dance styles, taking cues from early Madonna and J.Lo, We Love Us! is an exhilarating blend of pop hooks with a captivating RnB groove and Lark’s soulful vocal leading the way. As Lark says about her musical inspiration, ‘I’m a big lover of pop music—its playfulness and catchiness. These are probably the two biggest elements that have influenced me.’ The track also features a dynamic structure, with the energized yet restrained verses making way for the pop onslaught of the chorus with its vocal shouts, strong melodies, and vibrant performances. Lark’s new single has already attracted almost 500k streaming views, its proclamation of escapism and good-time invocation drawing widespread appeal and is destined to be a global smash.