I Love That For You. Streaming Soon On Paramount+. 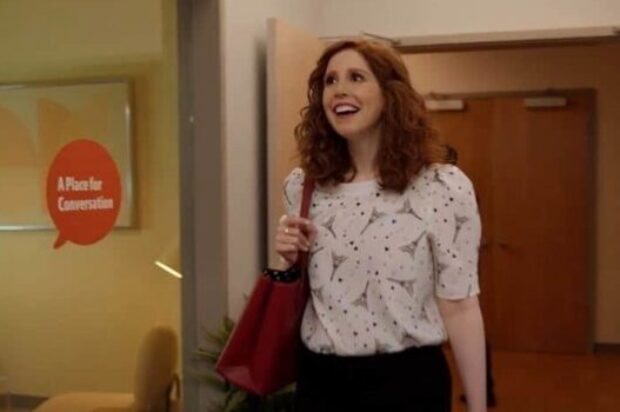 Streaming soon, and inspired by Bayer’s own story of overcoming childhood leukemia, I LOVE THAT FOR YOU centres on Joanna Gold (Bayer) who dreams of becoming a host at a home shopping channel. Working to shed her life-long label as “that cancer girl,” she moves away from her parents, starts a budding romance for the first time in her adult life and forms a meaningful friendship with her idol Jackie (Shannon), the charismatic star of the network, all against the backdrop of a highly competitive workplace where people play dirty to succeed. Lewis plays Patricia, the icy, enigmatic founder and CEO of the popular home shopping channel.

I Love That For You joins a host of the world’s best entertainment currently streaming on Paramount+, including HALO, Star Trek: Discovery, The Gilded Age, Dexter: New Blood, Yellowjackets, Five Bedrooms, 1883 and Ray Donovan: The Movie, with Super Pumped: The Battle For Uber, The First Lady, The Man Who Fell To Earth, iCarly and Tokyo Vice streaming soon.