Antarctica film Ice Age Ice Age: Collision Course Scott Base by Caroline Russo | on June 24, 2016 | 0 comments | in Entertainment | Like it Antarctica New Zealand and 20th Century Fox NZ are collaborating to create a video series to help 5-12 year olds understand Antarctica and its relationship to climate change. This goes hand-in-hand with the New Zealand release of Ice Age: Collision Course, which opens in cinemas just in time for the school holidays.

Ice Age costume characters Sid and Buck are in Antarctica right now learning about Antarctica New Zealand’s work, and life at Scott Base. They’re experiencing the middle of winter and 24 hours darkness. The characters will be starring in the video series to help young New Zealanders learn more about the frozen continent. 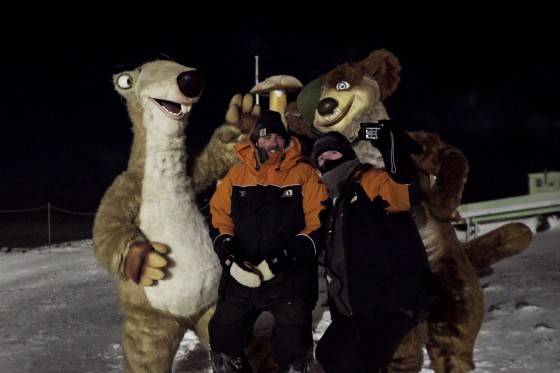 Through the video series Sid and Buck will discover why there’s no sun in winter, what causes an aurora, why scientists monitor the weather and the various pieces of equipment used, and why fire is a huge risk. The characters will explore day-to-day life of the staff living at Scott Base, including the importance of sleep routines, short showers for water conservation, extreme cold weather clothing, and why recycling is important. The first video will be released next week.

“Antarctica New Zealand is excited to be working with 20th Century Fox NZ in a bid to help young people with Antarctica. Sid and Buck are the perfect characters to explain how a unique record of what our climate looked like one million years ago might tell us about the future.” 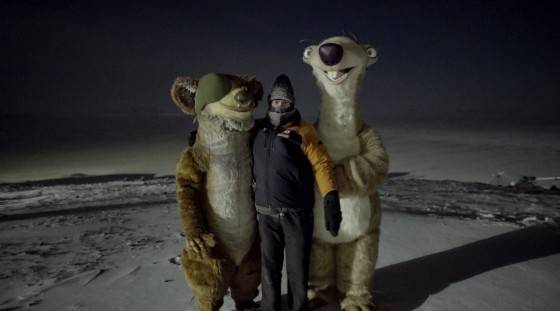 As part of Antarctica New Zealand’s commitment to increase knoweldge and awareness of Antarctica and the Southern Oean, these videos and support resources will be issued as e-kits to schools across New Zealand.

The videos are being filmed by New Zealand filmmaker Anthony Powell, who has been at Scott Base since November last year to complete his documentary A Year On Ice: Part Two.

The New Zealand premiere of Ice Age: Collision Course is on July 3 in Christchurch, supported by Antarctica New Zealand and Christchurch City Council, celebrating the importance of Christchurch being one of only five gateway cities in the world to travel to Antarctica. 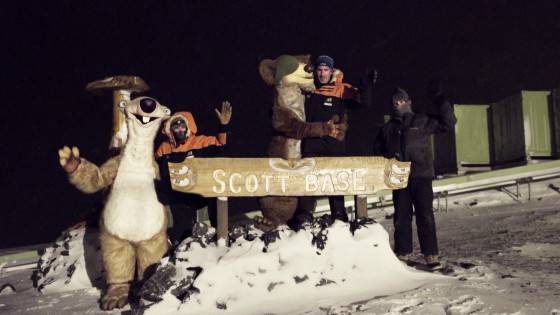