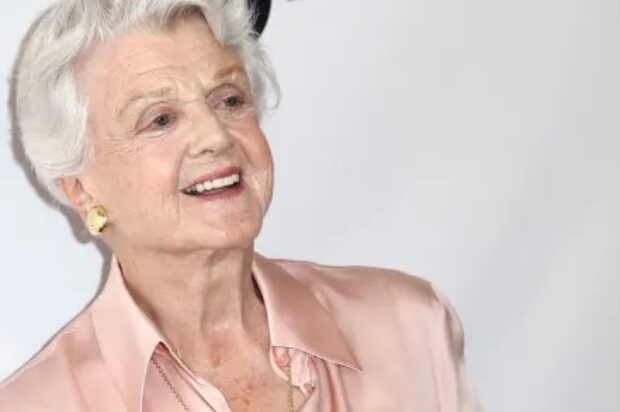 Angela Lansbury, one of the most iconic actresses in Hollywood, has died at 96 years.

Lansbury passed away in her sleep Tuesday at her home in Los Angeles which has been reported and statement by the family.

“The children of Dame Angela Lansbury are sad to announce that their mother died peacefully in her sleep at home in Los Angeles at 1:30 a.m. today, Tuesday, October 11, 2022, just five days shy of her 97th birthday,” her family says in a statement obtained by the outlet.

“In addition to her three children, Anthony, Deirdre and David, she is survived by three grandchildren, Peter, Katherine and Ian, plus five great grandchildren and her brother, producer Edgar Lansbury,” the statement adds.

“She was proceeded in death by her husband of 53 years, Peter Shaw.”

“A private family ceremony will be held at a date to be determined.”

She followed her mother’s footsteps, Moyna Macgill, she was was well known for her work on the West End.Her father was a timber merchant, and her grandfather was the leader of England’s Labour Party.

The remarkable Angela Lansbury’s career is as varied as its long as the actress has tested the water in so many theatrical and dramatic forms and fined it to her liking.

The New York Times once begged the question, ‘Is there no end of things that Angela Lansbury can do?’ and it seems the answer is no.

Her first film, age 19, Gaslight, in 1944, which starred Ingrid Bergman, had her playing a conniving maid and Miss Lansbury has had as much success playing villains as motherly types in movies such as Bedknobs and Broomsticks. 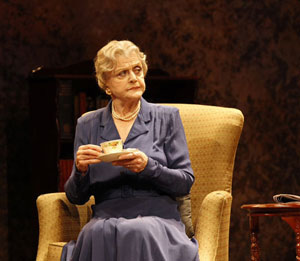 She has made nearly 60 films – although despite being nominated several times never won an Oscar – including The Manchurian Candidate,’62, as the delectably evil Mrs. Iselin. This was a outstanding film.

The actress made a late entrance into Broadway, first in 1957 playing Bert Lahr’s wife in Hotel Paradiso and then three years later Joan Plowright’s mother in Shelagh Delaney’s Taste of Honey.

The she returned to the West Coast to appear in more film and TV, including Murder, She Wrote (1984-’96), which has the distinction of being the longest running detective drama series on TV.

Miss Lansbury also won other major awards and found time to have a family life with husband Peter Shaw who died in 2003. The couple was married for 53 years and has three children and three grandchildren.

Lansbury is best known for Murder, She Wrote, in which she played Jessica Fletcher — a role she had no intention of accepting.

“I couldn’t imagine I would ever want to do television,” Lansbury said in a 1985 interview with The New York Times.

“But the year 1983 rolled around and Broadway was not forthcoming, so I took a part in a miniseries, Gertrude Whitney in Little Gloria, Happy at Last [a dramatization of Gloria Vanderbilt‘s childhood].

“And then [there was] a slew of roles in miniseries, and I began to sense that the television audience was very receptive to me, and I decided I should stop flirting and shut the door or say to my agents, ‘I’m ready to think series.’”
The series was a huge hit, running from 1984-96 and spawning four television movies. 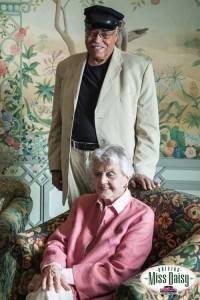 Her visit in Brisbane in 2013 with prodcution Driving Miss Daisy with James Earl Smith was well remembered and I attended great Morning Tea with Angela Lansbury and James Earl Jones, that was in aid to give back to The Actors’ & Entertainers’ Benevolent Fund (ABF) (Qld) and OAM Producer Paul Delllit presented. A very memorable time to have been up close to both stars but one women who has dedecated most of her life to the arts and it is a sad day but she leaves us so much of her work behind her that she never be forgotten.