IN CINEMAS NOMANTED FOR OSCAR …. SAMA 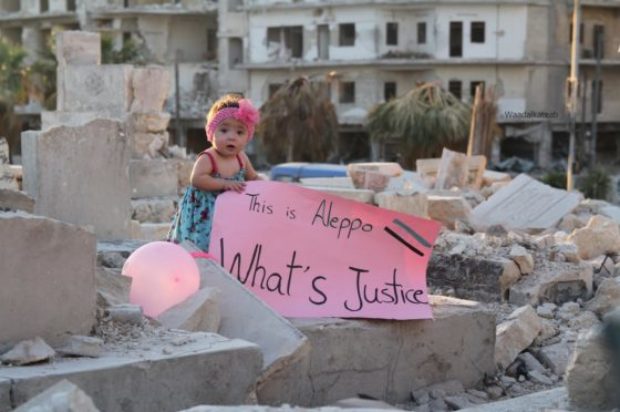 IN CINEMAS NOW STUNNING FILM OF HEART AND SOUL

FOR SAMA is both an intimate and epic journey into the female experience of war.

A love letter from a young mother to her daughter, the film tells the story of Waad al-Kateab’s life through five years of the uprising in Aleppo, Syria as she falls in love, gets married and gives birth to Sama, all while cataclysmic conflict rises around her.

Her camera captures incredible stories of loss, laughter and survival as Waad wrestles with an impossible choice – whether or not to flee the city to protect her daughter’s life, when leaving means abandoning the struggle for freedom for which she has already sacrificed so much.

The film is the first feature documentary by Emmy award-winning filmmakers,Waad al-Kateab and Edward Watts.

FOR SAMA is an intimate feature documentary that takes the form of a letter from Waad al-Kateab, a 26-year-old Syrian mother, to her daughter Sama recorded in the last days of the battle for Aleppo, Syria.

Waad lives with Sama’s father, a doctor in the last surviving hospital in rebel-held Aleppo. Surrounded on all sides, bombarded daily by the Syrian regime and Russian air force,Waad fears they may be killed at any moment. So she crafts a filmed message to her one-year-old daughter to explain who her parents were, what they were fighting for and why Sama came into this world – a record for the young girl in case they don’t survive.

Waad’s story begins in 2012 when she was a student studying marketing at Aleppo University. Protests against the brutal dictatorship of Bashar al-Assad reach the university and Waad is one of the first to join. Her camera captures the joy and optimism of those early days. She meets a young medic in the protests called Hamza and with a group of friends they continue to demand freedom even as the regime resorts to greater and greater violence to crush them, eventually engulfing the city in full-blown war.They lose friends and narrowly escape death themselves at the hand of snipers, airstrikes and barrel bombs, scenes all captured on camera. Then, in the midst of the storm, Hamza proposes marriage.

They marry, move into their first home and before long Waad is pregnant, scenes recognisable to any young couple anywhere in the world.The difference is their honeymoon plays out against an increasingly apocalyptic war.When the Russians intervene to save the regime in September 2015, they unleash ferocious violence against the rebels.Yet despite their fear,Waad and Hamza decide not to flee the city as so many have done, but to stay and continue the fight for freedom. She realises that the struggle is no longer only for them, it’s for the future of her daughter. Sama is born on the 1st January 2016, a small ray of hope in the chaos.

Sama’s first year of life will see the last year of the battle for the city, a time of almost unimaginable darkness. The regime and its allies resort to every imaginable atrocity to crush the rebels. Hamza’s hospital is bombed. They are besieged and witness attacks by chlorine gas, cluster and barrel bombs, massacres of women and children.Yet amid it all,Waad and Hamza have the joy of parenthood, witnessing the first weeks of their baby daughter’s life, full of fun and laughter. She gives them the strength to endure and inspiration to all of the last band of rebels.

Eventually, they are overwhelmed and forced into exile. In the exodus, the family pack their things and with tears in their eyes, bid farewell to the shattered city, the place where their dream of freedom was born and where it died.Yet they carry their daughter with them, an eternal symbol of the love and hope that the violence of tyrants cannot destroy.

Winner of the Grand Jury prize for Best Documentary and the Audience Award at the SXSW Film Festival, it has also won the Best Cinematography award at the 2019 River Run International film festival.