ABC Comedians JOHN CLARKE New Zealand THE GAMES tv and film by Caroline Russo | on July 5, 2016 | 0 comments | in Interviews | Like it 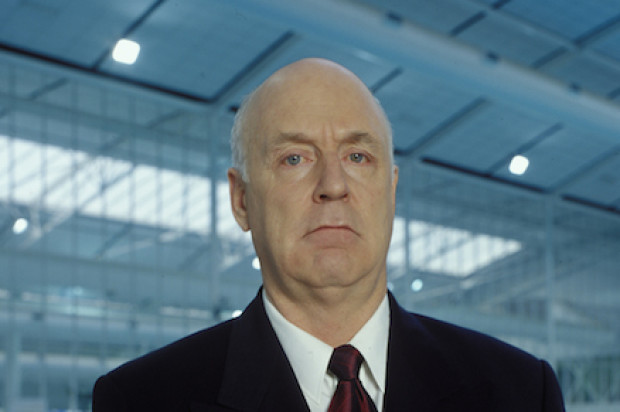 In conversation with actor/writer/comedian John Clarke

In answering the phone with John Clarke I immediately went to say it is so good to hear that wonderful voice of yours. In our half hour chat not only did I discover someone that was a real pleasure to talk to but a very genuine and unique man. In terms of the entertainment world, John Clarke’s talents cover much in this industry. He was inducted in the hall of fame at the 2008 Logies, he was winner of the Australian Film Institute’s Byron Kennedy Award 2004 and so much more that back up to the 80’s. Furthermore, all recent films and currents work indicates that this man is not stopping.

He is one of those lucky people whom absolutely adores what he does, which in turn keeps him young at heart. At 68 years old, his career reflects all his amazing work which he has completed over his time in the showbiz industry.

“If you’re in this business at 68 and you don’t have a CV as long as your arm, you’re probably in the wrong racquet. You spend a lot of your life at work so it’s good if you can do something that you love doing and work with terrific people,” he said. Fortunately he has been able to work with some of the best people in the comedy industry including American funny lady Phyllis Diller, Peter Allan, the iconic Graham Kennedy, Bette Midler, and Barry Humphries to name a few.

John began his career as a performer in order to work out who he was, as most people in his line of work did. Just like playing a sport, it’s crucial to establish what event you’re best at and what event you don’t particularly excel in. You then need to further your skills in the event you are good at.

“If you’re honest with yourself, and you’re in the events that you love most, then growing older is an enriching experience because your work grows with you. I am very fortunate to do something that is organically connected with who I am.”

John Clarke and Bryan Dawe are two household names that go hand in hand with each other. Sustaining his relationship with his partner in crime is something of importance for their work.

John likens the work that him and Bryan carries out to the work of cartoonists. Cartoonists must develop a particular style, so that when you open the newspaper you can distinguish their work from other authors. As a cartoonists work is in a box, it needs to be both the same yet different each time. It needs to be the same so you recognise it, but it needs to be different because you don’t want to see the same thing again. The sort of work that John and Bryan do is not unlike that. It needs to have its own distinctive style which is partly to do with the appearance, partly to do with the tone of the performance and partly to do with the rhythm. All the while, it needs to look like two middle aged men in suits doing a standard television interview so that the shots are the same size and the way its cut is exactly like a real interview with a minister or a national figure or whatever it is. Being a mixture of work that is subversive and pompous, John describes it to be just the best fun.

His words of wisdom to the new up and coming generation of comedians coming into the entertainment world is to embrace all the wonders of the internet.

“Imitation is the mother of learning. When you’re young, you start imitating the people you like. If you don’t become yourself at one point, then you’re in a jail which is of your own devising.”

He encourages young performers to develop their own specific style, handwriting, and interests in particular subjects. John’s training was heavily influenced by growing up in New Zealand. There was a lot that he had to do by himself which turned out to be good training. YouTube is a platform where you must teach yourself the skills to thrive. You must learn how to shoot it, how to record it, how to write it, how to perform it, how to edit it and how to post produce it. All the production know how must be learnt such as what John had to do when he was young, which turned out to be extremely useful.

The next topic on the agenda was about women in comedy.

“Women are hilarious! They are absolutely hilarious, all of them. I don’t know why all women aren’t professional comedians.”

John pointed out that there were not a lot of women in comedy during the 50s and 60s, but those few who were were particularly brilliant! He was enchanted by Joyce Grenfell and astonished at the way she created a realm of characters just by being one single performer. She structured and wrote her performances so well and her execution was just the icing on the cake. Nowadays, women are getting more attention in the comedy – but still not enough. It’s hard for girls because they’ve either got to be cute or they’ve got to disparage their own gender. Men don’t even have to address that issue.

His passion spans across all the professions he has delved into over the years and a look John’s career history proves this. Working with new and interesting people is particularly thrilling for John.

“A lot of it is collaborative, a lot of it is sort of lonely, but lonely if you understand the difference between loneliness and solitude. It’s solo work but it’s pleasurable and it’s rich and deep and wonderful. It’s so simple and I love it so much.”

The very humble performer admits that he is very much still in a learning phase in his career.

“I learn all the time. I could tell you what I’ve learnt to date, but I’d need to update you because I’m going to learn more next week. Sometimes I think I could have done that better. I should learn more. I enjoy learning. I resented being taught in some subjects, and loved being taught in others.”

He came to learn about the importance of writing from reading humour that wasn’t written for performance.

“The writing is a key part of an awful lot of television and radio. It takes a while to figure out. I’ve written for a few other people, but the stuff I write for myself to perform, I wouldn’t write for someone else to perform because their style might be completely different and they might need something that’s much more jocular. I try and take the jokes out of my own material. I try and make sure that you know what the joke is in your head but I try not to say it.”

As stated before, John relishes the idea of working with different people all the time. On ‘The Games’, there was a collaboration of people that were productive, pleasurable, open, generous and hilarious. Nicholas Bell was a wonderfully trained English actor. Gina Riley, who is similar to John in the sense that they didn’t have formal training and relied on their instincts when performing. As John and Bryan work together all the time, he is accustomed to his colleague’s speech rhythms and what not. A lot of what they do together is to do with rhythm. He worked with Ross Stevenson, a brilliant writer, who actually makes his living on radio. He says that you can’t always work with your ideal group of people in this field of work. It’s like that old song, ‘If you can’t be with the one you love, love the one you’re with.’

“Your job is very often to love the one you’re with. Your job is to make the best out of the situation you’re in, which in a way, is your job in life.”

Humour was so appealing to a young John due to his apparent bleak childhood. However, he always found a way to find the positives in his position, no matter how bad it got. He refused to become distressed over matters out of his control. As a child, he was aware not to surrender to what might have had upset him. Laughter was a way out of that. He was always quite certain of what he wanted to do from an early age, but was unsure of how to turn his passion into a job as a young man. Peter Sellers, Spike Milligan and Peter Cook were all largely influential to John as a young man and other comedians of his era.

“Our usefulness to one another is the capacity to help one another in that way. If laughter wasn’t useful, it wouldn’t still be with us after all these millions of years of evolution. One of its uses is to minimise the effectiveness of bad things and to provide a genuine creative outlet for capacities of the human spirit that are not being used elsewhere.”

What does the future hold for John? The steam train is full speed ahead as there is no slowing down for John’s work.

“There’s always a few ideas in the back of the computer. I’m so arrogant I don’t have the fear of a blank page. It never occurs to me that I’m not going to have something to say. I mightn’t have something to say that’s worth saying or of interest to anyone else, but my main thing of my work is that it interests me.”