IN CONVERSATION WITH MICHAEL ROBOTHAM

books Close Your Eyes Kylie Thompson Michael Robotham by Caroline Russo | on October 16, 2015 | 0 comments | in Books | Like it 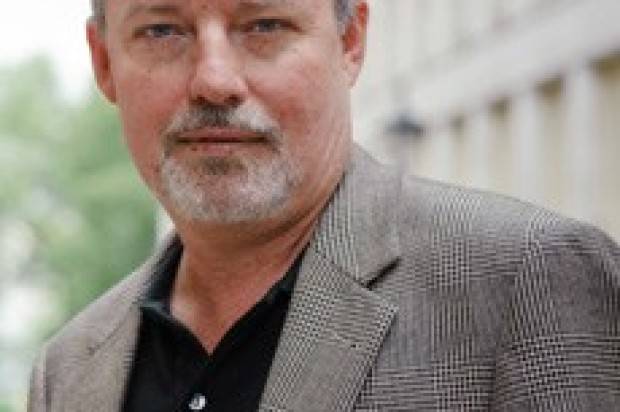 2015 has been a big year for Aussie thriller writer Michael Robotham. His latest novel, Close Your Eyes, is proving to be very popular with readers. Released in August, it’s the eighth novel to focus on brilliant but fading psychologist Joe O’Loughlin’s battle not just with murderers and criminals, but with the Parkinson’s ravaging his body.

Though readers are loving Joe’s latest race against time, Robotham’s previous, stand-alone novel Life or Death is still very much making waves. The story of an American inmate who escaped the day before his legal release was nominated for the 2015 Crime Writers’ Association’s Gold Dagger Award, up against the likes of J.K. Rowling and Stephen King. It’s not a huge surprise to Robotham’s fans that he won.

Just days before Michael’s big win, we sat down with Australia’s favourite thrill-master for a chat about Close Your Eyes.

What drew you to crime writing?

I’m very much an accidental crime writer. When I wrote my first novel, I wrote 117 pages which became the subject of a bidding war at the London Book Fair, and I had no idea it was a crime novel- I had no idea how it ended. I was as surprised as anyone. I knew it was going to be one of those Hitchcockian, suspenseful, wrong man, wrong time, wrong place stories, but I didn’t think I was becoming a crime writer. When it came out, I got asked all the time, everywhere I went, ‘Why crime’, and I guess going back over a long career as a journalist, I could see there were seeds there. The fascination was sort of why things happened. Not so much the what, or the when, but why. I was always more interested in the why than anything else.

Close Your Eyes is a really unsettling book, especially in terms of the menace and threat towards the female characters. But when you look back over the wealth of crime fiction available, it’s generally women and girls who are the victims. Why do you think women are so often the focus of danger in crime writing?

I felt quite uncomfortable about the fact that in so many of my books, the people in jeopardy tend to be women or teenage girls. Even though we’ve had this terrible, terrible spate of cases [of violence against women], and domestic violence is an absolute scourge, the group of people most likely to be murdered in this country are actually young men. And yet, very few crime novels write their victims as young men.

The only person I’ve ever heard explain that was Tess Gerritsen, an American crime writer. She believes it’s because the majority of readers of crime fiction are women, and that those readers relate more closely when a woman is in danger then when a man is in danger. Almost all her victims are women. She said that the one time in her books where she decided to have a man as the victim, she got feedback from her readers saying, ‘We didn’t like that so much. We liked it when we could put ourselves in that position of running and trying to get away. We wanted that.’

I don’t imagine the world is a dangerous place. In reality, it’s the 24 hour news cycle that has created this fear that we imagine that there are men in vans trying to pull children off every street corner, and that everything’s more dangerous. And it’s not true, but that doesn’t stop us still having fears. All I think I do is I tap into those everyday fears. Every parent has been in been in the situation that at some point they have lost sight of their child in a busy supermarket or on the street. They’ve turned around, and they’re just not there. And it might only be 30 seconds, but it’s the most terrifying 30 seconds of their life. Or you’ve been in a situation where someone you love or care for has promised to be home at a certain hour and they’re late, and you can’t raise them, and all the gremlins creep in. I just tap into the age old fear.

Where did the idea for Close Your Eyes come from?

Close your Eyes was seeded in a true story from 1995, the murder of a woman called Janet Brown in a farmhouse in Radnage [in the UK]. It’s an unsolved murder. She was found lying at the bottom of the stairs, naked, handcuffed, and savagely beaten.

It interested me, that case. Because there were so many elements of it that the police couldn’t understand in terms of… nothing was taken, she wasn’t sexually abused. But the way the person broke in and what he did in the house didn’t make any sense. So they called in a psychologist to help them. And the interesting thing the psychologist pointed out was that the mother lived with her teenage daughter. The teenage daughter would normally have been home that night, and the daughter’s car was parked out front next to the mother’s car, but the daughter wasn’t home. So the thing the psychologist posed to the police: did he come for the mother, or did he come for the daughter? That was the question that stuck with me. And that’s when I created the murders in Close Your Eyes. As you know, both mother and daughter die, but they both die in very different ways. One left almost tenderly or reverentially, and the other shockingly violated. But how do you work that out? Because one crime contains such anger, and the other crime contained- it’s not so much love, but there’s something there- tenderness almost. That’s what I was interested in exploring.

Clearly, you’ve spent a lot of time researching the crime that seeded Close Your Eyes. How do you go about researching, and making your books so realistic?

I was very fortunate to work in the UK many years ago with a guy called Paul Britton. He’s the forensic psychologist that Cracker was based upon. Paul Britton worked on the Janet Brown case. So my knowledge, a lot of it comes from working closely with him.

I will try to be as accurate as possible. And the psychology I try to get right. All the villains I write, there’s a reason that they become the person they become. They’re not just born from nothing. There’s a reason that they become twisted and do certain things. In Close Your Eyes, there’s a family background of abuse. In his case, losing his mother, and then the brutal father and all those things that feed into it.

It’s really common for protagonists in crime and thrillers to have some fatal flaw. It used to always be alcoholism for private eyes. Joe O’Loughlin has Parkinson’s, and it’s wonderful to see a character that isn’t made a victim by a disease, and who is still heroic and vital even as they struggle with the realities of illness. But how hard is it for you to write his character?

I never intended Joe to be in any more than one book. When I gave him early onset Parkinson’s, I did it for two reasons. One was because I wanted this guy with a brilliant mind and a crumbling body. He wasn’t going to be Jack Reacher, or Jason Bourne, or James Bond. He was going to have to out-think his way. But secondly, because I never thought I would use him again. I never thought he would be in another book. But if I could go back, I would change it. Because he’s got a use-by date. It’s 11 years now since that first book. And he’s 11 years older. That’s 11 years with Parkinson’s. There’s a limit to how long he can go on. And as much as readers love the character, I do say to them, ‘There will come a time, and it’s not far away, where there won’t be any more Joe books.’ I’m going to reach a time soon where he mentally cannot do what he’s doing. Eventually his mind will start to go. Because that’s how it happens with Parkinson’s: the body first, and then the mind. So I can’t keep him going forever.

Will we get to see Joe again?

You will see him again. There will be another Joe book. And I suppose, I’ve slightly left the door ajar with the fact that Charlie, Joe’s teenage daughter, has announced that she wants to study psychology. I slightly left it ajar that even when he’s physically incapable of doing much more that he can potentially mentor her. I’m not saying that would ever happen, but I’ve just slightly given myself that option.

It may well be I do another Joe book and then leave him alone for a few years, and do a few stand alones, and then come back when Charlie is a bit older.

So there’s a chance we might see Charlie take a more central role in future stories?
Possibly, but not for a while. There’s another Joe book I’m writing now because I can’t leave him where I’ve left him. And then I’ll make a decision after that. Charlie will be in the new book in some way, though.

Close Your Eyes is published by Hachette, and is available through the publisher’s website, through all the big name e-book retailers, and at bookstores nationwide.