Music Orchestra QPAC the Prodigy Collective by Caroline Russo | on June 17, 2016 | 0 comments | in Music | Like it 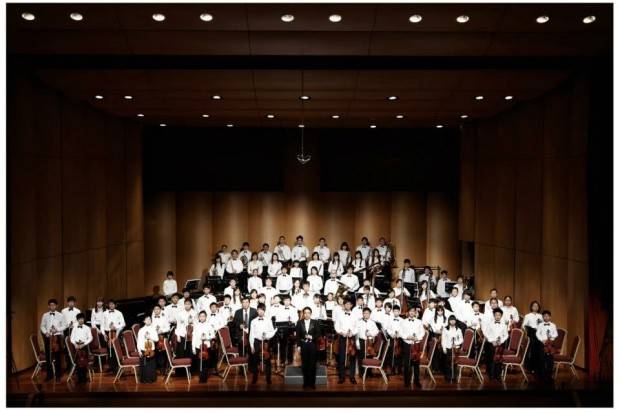 Queenslanders will be able to enjoy concerts by some of the finest young musicians from China, Germany and Taiwan as international youth orchestras unite with the state’s own Queensland Youth Symphony (QYS) for The Prodigy Collective from 2 to 5 August 2016.

An initiative of Queensland Performing Arts Centre (QPAC), The Prodigy Collective is an international gathering of youth orchestras and follows the success of an inaugural event which brought together leading Australian and New Zealand youth orchestras at the Centre in 2014.

This year The Prodigy Collective will feature over 300 musicians from internationally recognised youth orchestras; with each orchestra performing across three days on stages throughout Queensland’s South East. The event culminates in a combined finale concert in QPAC’s Concert Hall on Friday 5 August, programmed by Maestro Johannes Fritzsch, Conductor Laureate of the Queensland Symphony Orchestra.

Queensland Premier and Minister for the Arts the Hon. Annastacia Palaszczuk MP applauded the young musicians from across the globe.

“This is a wonderful launch pad for Queensland musicians to learn skills and performance techniques from their fellow instrumentalists,” she said.

The Premier praised QYO founder John Curro AM MBE, named as a Queensland Great in 2016, for his work in setting a high bar for QYO’s musicians.

“The ability to collaborate on an international level will go far in preparing young Queenslanders to become orchestral professionals of the highest calibre,” the Premier said.

QPAC Chief Executive John Kotzas said the Centre is pleased its second presentation of The Prodigy Collective has been extended to showcase international orchestras and coincides with the Queensland Youth Orchestras’ 50th year.

“Reaching a 50th anniversary is a significant achievement for the Queensland Youth Orchestras and QPAC is pleased to work with them once again as they play a fundamental role in supporting training and career pathways for young musicians in Queensland.

“QPAC is committed to programming development and performance opportunities for emerging local artists and companies, and The Prodigy Collective will showcase the extraordinary instrumental talent of youth from Queensland and from around the world,” said Mr Kotzas.

Each youth orchestra has between 16 and 90 musicians from the ages of 13 through to 25.

Tickets for The Prodigy Collective finale performance in QPAC’s Concert Hall for one night only Friday 5 August 2016 are on sale now. To book go to qpac.com.au or phone 136 246.