Interview Filmmaker Mack Lindon with “Rise of the Underdog. 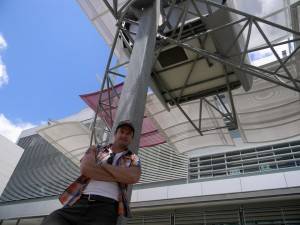 HEART-WARMING, HEART-WRENCHING, AND REAL: RISE OF THE UNDERDOG

I’m dying to tell you the everything, but I can’t, it would ruin the film. What I can tell you is that Rise of the Underdog is based on a true Australian story that will melt your heart and rip it to pieces all at once.

What would you do if a one night stand turned into an undeserved rape conviction and more than a year behind bars? Forgive the persistent liar who put you in a supervised cage and ruined your career, considering the whole ordeal to be life dealing you “a bit of a curveball”? I know I couldn’t. But that’s exactly what ‘Andy’ did; and his peaceful, optimistic attitude is what makes this story so inspirational. “The film that we’re making is not so much about the legal story,” says writer and producer, Mack Lindon. “It’s more about how this guy thought, ‘well, I’m gonna sink or swim in this. I’m gonna swim. I’m just gonna make it part of my life. Part of my story.'”

“It [rape] was the flavour of the month in Victoria, 2006,” which was where and when the incident happened, according to Mack. “There was the chocolate drink spiker… there was a lot of football players in the media… and in this flurry there was a lot of guys just getting locked up. False accusations,” he explained. “There’s a big victims compensation payout.”

But Mack and the team respect the sensitivity of rape allegations, that it is not a subject that can be generalised, and that each case is unique. Thus, they have been careful not to cross any lines in terms of sexism and generalisations. ” The sad thing is, there’s girls who do get raped. And that’s terrible – it’s really terrible. So in making this film, we’ve had to walk a fairly balanced line. It’s not about that [sexism and false rape allegations],” says Mack. Instead, the film focuses on the story of a man’s fight for the freedom he deserves – the rise of the underdog. “It’s pretty light, even though there’s some intense moments,” Mack says.

Rise of the Underdog is expected to screen in Australian cinemas in winter, 2014; and will also make appearances on the international film circuit in various festivals. It stars five-time Logie winner Martin Sacks, with other to-be-announced high profiles coming on board too.

Mack will be showcasing the trailer and behind the scenes for Rise of the Underdog at The Gold Coast Indie Film  TV Network Opening Night, where he will be the supporting guest. The GCIFTN Opening Night is to be held in The Arts Centre Gold Coast’s Basement on the evening of Wednesday, February 20th; with live entertainment and lucky prizes to be won. Admission is $15 per person $10.00 Con and students . For tickets, call the Arts Centre Box Office on (07) 5588 4000.