All That You Got Chris Cavill Chris Cavill & The Prospectors Holly Licuanan Know Your Destiny Music tour by Caroline Russo | on June 8, 2016 | 0 comments | in Interviews | Like it 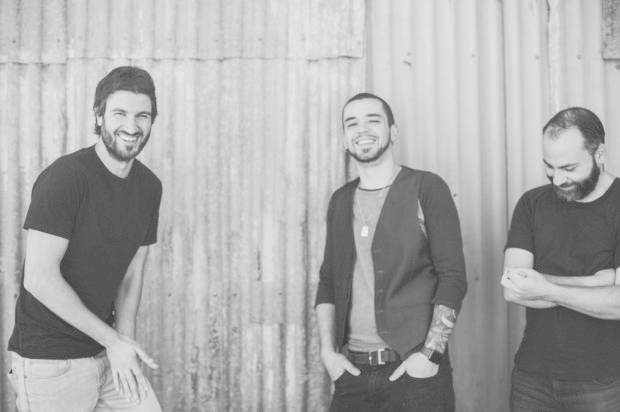 After a successful tour for the 2015 album ‘Know Your Destiny’, Chris Cavill & The Prospectors are back with their new EP ‘All That You Got’. ‘Know Your Destiny’ was greeted with positive reviews and steered the singer/songwriter and the band in an Australian folk/blues direction. The new EP sees Chris and the band embark on a new, more 70s rock/grunge sound.

Chris Cavill & The Prospectors are ready to hit the road again with the All That You Got Tour; but before they do, we chatted to front man Chris about all that he’s got.

HHB: Congratulations on your last record ‘Know Your Destiny’. How did it feel to have such a positive response for that record?

CC: Thank you! 2015 was an amazing year for me as a songwriter as I’d taken a risk on a slightly new sound and style, and the reception was overwhelmingly positive. I’d been desperately trying to develop a product for many years that was more mature and mysterious, and I think the time invested paid off.

You’ve teamed up again with The Prospectors, what made you want to work with them again?

We really connect as a band, both musically and spiritually, and they are two components that are very important to me. Like any relationship, when you find people you are on the same page with, and you’re in it for similar reasons (in this case, a love for playing music) then you are onto a good thing!

The new EP is called ‘All That You Got’, how did this one come about?

The title ‘All That You Got’ is a dedication to my old man, who has been battling with Multiple Sclerosis for almost 30 years. He has taught me to believe in myself, and to make the most of the opportunities I am fortunate to have.

What was the inspiration for ‘All That You Got’?

A combination of things really. The mutual feeling within the band to make a record that represented the high-energy of our live shows; the will to keep persisting with our musical dreams; watching my 19-month old son develop into a little boy (Learning) and creating something for him to be proud of; the desire to put out something positive into the world (Something For Nothing).

You’ve shifted from the folk-sound to a more blues-rock vibe, why the change?

We wanted to offer our fans something edgier than last year’s release, and seeing we were playing it live (amongst the folk and country stuff) we wanted them to be able to bring it into their homes also.

Having the opportunity to celebrate all your hard work of creating the songs and producing the record. On top of this, we love returning to our favourite stomping grounds where we have made some great relationships with the venues and locals.

What’s your favourite track on ‘All That You Got’?

Ooh tough one. The opening track ‘Something For Nothing’ is one that has really stood up in our live shows and we were rapt with how that one came up! I was also really pleased with how our cover of Ben Harper’s ‘The Woman In You’ translated from a fairly loose and unrestricted live tune into a soulful and dynamic recording.

Where are you most excited to play?

It’s impossible to predict the stand out shows of the tour, so I will say everywhere. Although I’m pretty damn pumped to be returning to Lefty’s Old Time Music Hall in Brisbane to kick things off. It’s an amazing venue, and the apple whiskey’s there are off the charts!

What’s next for Chris Cavill & The Prospectors?

I’m really diggin’ our vibe at the moment and would like to explore more of the electric guitar riff type stuff we’re doing and see what evolves from it.

Thanks for the chat. Really appreciate it. 🙂

For more info on Chris Cavill & The Prospectors and tour dates go to: