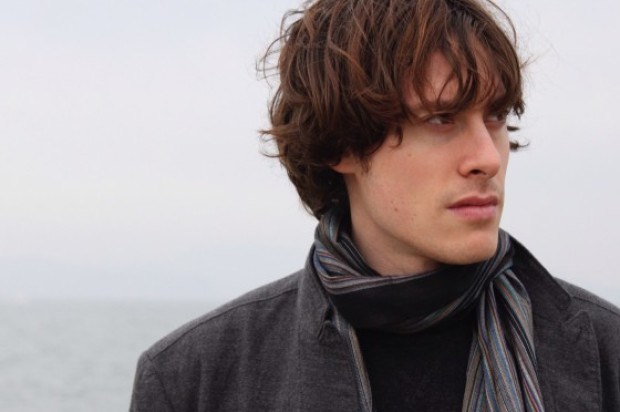 In Conversation With Tommy Wallach

Recently, American YA author Tommy Wallach was in Australia launching his latest novel, ‘Thanks For The Trouble’. While he was here, HHB caught up with Tommy to talk about writing, publishing, and the trouble with truth in fiction.

What inspires the stories you write?

For ‘We All Looked Up’, it was mostly a movie, called ‘Melancholia’, directed by Lars von Trier. It’s about an asteroid coming at the earth, much like ‘We All Looked Up’ is. That trope of an asteroid coming at the earth is a very old one. There are a lot of books and movies: ‘Armageddon’, ‘Deep Impact’, ‘The Last Policeman’… there’s a lot of things that do it. But when I saw ‘Melancholia’ it made me realise that you could do something serious with that trope. Usually it’s used for action movies and it’s this great end of the world, ‘Oh no, we gotta get Bruce Willis up there to blow it up, and Aerosmith will play a power ballad, and it will be so exciting!’ But when I saw ‘Melancholia’, which is a very serious movie about depression- in that movie, the asteroid is a metaphor for depression- that’s when I realised, ‘oh, you can use this as a jumping off point to talk about philosophical, existential issues as opposed to an action-fest’. And that was really exciting to me to think about that in a YA sort of way.

With ‘Thanks For The Trouble’, I usually say that it was kind of a hybrid. Originally it was a movie called ‘Let the right one in’ which is about vampires. My book is not about vampires, but it’s about a girl who claims to be hundreds of years old. And that interest in what it would be like to live for so long, and how that would feel, the perspective that would grant you, and how melancholy a life that would be, was a big part of what inspired ‘Thanks For The Trouble’.

And then I wrote a first draft of it, and a second draft of it that were both really terrible. And it was seeing the movie ‘Before Sunrise’ with Ethan Hawke and Julie Delpy- which is a movie about a love affair over the course of just one day in Paris- that made me realise I could make my book take place over just a weekend. And that was really important.

That’s where they both came from.

Both books have inspired you to create music around the storylines. How have readers responded to the chance for a multimedia storytelling experience?

I only have an album for ‘We All Looked Up’. I’ve done a little bit of stuff for ‘Thanks For The Trouble’ but nothing is released yet. The response has been good. I’m really excited when people like it. And I do hear from a lot of people who listen to the album, and it makes me very happy that they get this big multimedia experience. They get to hear the songs the characters sang, and I know how much I would have liked that when I was young. I would have found that super cool. So for the people who find it cool, I’m happy.

The trajectory of asteroids, the realities of large-scale national crises, historical details about European towns- it seems like a lot of research goes into the various threads in your stories. How do you go about researching such varied subject matter?

I’m embarrassed to say I’m not a big research guy, which is a really fancy way of saying I’m super lazy. I feel bad saying this, but I don’t find research all that interesting to do because I find that readers, particularly young readers, they just don’t care. I don’t say that in a mean way- I was the same way- they just don’t care.

With ‘We All Looked Up’, which is about an asteroid coming at the earth, I did no research about what that would entail. I mean, obviously I did a lot of Google searching of things, but I didn’t do any researchy research, you know, where you go to a library and you take down fifty books and you read for a week. That’s what historical fiction writers do- they do 3 months of research before they’re ready to write a book. In that way, I did not do any sort of research.

For ‘Thanks For The Trouble’, I looked up ‘is it possible to have a psychological condition that would make it so that you were unable to speak?’ And there was, and I watched some videos of people with this condition, which is called “psychogenic aphonia”- it’s incredibly rare, by the way. Very few people have it, but it is real and documented, and I have watched videos of people who have it doing exercises to learn how to speak again. It’s always curable if it’s a psychological condition. I did enough of that, that I felt, okay, this is plausible. That’s the thing: it doesn’t need to be likely, it needs to be possible. Could this happen in real life? Okay, then we’re good.

In terms of Zelda’s historical stuff, you’re always lucky when you get to make things up whole cloth, because you can just use the information that you happen to have. Everyone knows some stuff about history, and you can cherry-pick the things that you already know about. That being said, I didn’t know much about growing up in the 1700s in Germany, so I did a fair amount of internet research into what that would look like. But mostly just to ensure that I didn’t make any big mistakes, that I didn’t do anything that was embarrassingly factually wrong, like describe her using her computer.

I don’t want to say that I did no research, I just mean that the research I do is internet based.

Is there a line in the sand you won’t cross in terms of what your characters will do, or how dark their journeys will be?

Certainly not inherently. I’m not afraid to do much.

The one thing I have frustration around in young adult fiction in particular is: you’re allowed to speak very graphically about violence, but you’re not supposed to speak very graphically around sex. I think that it’s a shame for a whole bunch of reasons. First and foremost is that your readers are hopefully never going to be involved in anything violent, so it has no actual connection to their lives, and yet everyone who reads this book is going to be sexually active, and is going to do all of the ‘nasty’ things we’re not allowed to talk about.

It’s so bizarre that we’re not allowed to talk about them, and it leads to this culture of shame around sex, and a culture where we can’t talk about things that could make everybody have better sex lives and healthier emotional landscapes if we could just talk about them. I do have frustration around that. So I guess I can say that I do censor myself because I know I will be censored. I won’t get away with it no matter what, so there’s no reason for me to bother describing the sex act, even though I think that it would be a better world for young people if we weren’t afraid of that.

You have a gift for avoiding perfect characters, and giving readers characters that are deeply flawed but really relatable. What draws you to those characters over the handsome, perfect boy next door types that you used to find in YA fiction?

It’s good that YA has gotten a lot better about that over the years. Romance is its own thing, but the romance novel has gone out of a lot of YA, which I think is for the best. In terms of what draws me, that’s all there is in real life. It’s not a function of being drawn to anything at all, it’s just a function of attempting to write characters that have some resemblance to people we all know, and work and communicate with.

That being said, in ‘We All Looked Up’, I did write a character who I think is more perfect than a real person is, in the form of Peter. In a lot of ways, that was because I’m letting him function as a pretty straightforward allegory. I’m not at all religious myself, but I do have this very strong Christ allegory going on in that book. So I kind of allowed him to be a little bit more perfect than a real person would be. But luckily he’s surrounded by very flawed, damaged people, so maybe it comes off more clearly. Parker and Zelda were probably a little easier and more straight forward. Both have huge flaws, Parker in particular. I’m just trying to make real people, that’s all.

What’s next for you?

I’m adapting ‘Thanks For The Trouble’ as a film. I’m working with a company called Anonymous Content, and I’m pretty excited about that. I wrote it myself- it’s already written, we’re looking for Directors now. And then, I sold a trilogy to Simon and Schuster that will begin coming out next year. It’s not a sequel to ‘We All Looked Up’, I swear, but it’s about America many thousands of years after an asteroid landed. There’s a city state that’s highly religious and anti-technology, and they discover a city far to the east in America that is beginning to once again research electricity, and the telegraph, and airplanes. It feels like the mid-19th century. It’s a real world thing from there, there’s no magic or anything like that. It’s about the inevitable conflict between this religious city state, and this more secular, sciency city state. It’s very different, so I’m nervous about it, but it should be good.