Legendary Australian jazz vocalist and trumpeter, Vince Jones is preparing to return to Brisbane Powerhouse June 24th. . Hush Hush Biz interviewer Jackie Smith hears all about the upcoming performance, advice from Ricky May and his hopes for Australian jazz music.

You’re performing in Brisbane at the Powerhouse. For those who have yet to see you live, what can they expect?
Well, an exceptional band, for starters. My band is wonderful. It’s pretty much [an] acoustic band, but more power and energy … A lot of original songs. I’ve already released about 16 or 17 albums, so [there’s] a back catalogue of stuff we’ll do, and some new ones we’ve got.
It’s an improvising ensemble with a singer, you would say. We’re always chasing something; we’re always looking for something interesting in the actual performance.
What I’m saying is, we’re never the same … We play the music that we play but there is always room for improvisation with my players. It’s not straight improvisation because they’re quite different to what we do.

What are you most looking forward to when you come up to Brisbane?
I’ve always had a really good relationship with Queensland in general, and Brisbane in particularly over the past 30 years. I’ve played there many times and the audience is always really supportive of me and the boys in the band, you know.
We’ve had success up there over many years. It’s always good fun … it’s great.

What do you do to prepare for a show? Do you have any pre-gig rituals?
Warm up and talk to the band. We talk the songs through. Basically, I warm my voice up, warm my instrument up. [I] don’t talk about anything else but music [to] keep my mind focused. I try not to eat for a few hours before I play because it makes me too comfortable.

What do you enjoy most about touring?
Playing! I don’t like travel, I don’t like hotel rooms – I’ve done over 5,000 gigs and I’ve spent nine years in hotel rooms, I’m a bit sick of them – I don’t like driving much anymore but I do like playing, hanging out with the band and playing.

When you aren’t on tour or recording, how do you spend your time?
I live on a farm and I work a farm … keeps me fit. It’s an organic farm and I just produce food for myself and my family. And then I write, read and write. I’m writing a book at the moment … It’ll be a memoir. I had a publisher call me and it’s a pretty strong possibility of going ahead so I just have to write it now.

What is it about jazz music and the trumpet in particular that appeals to you?
Actually, I’m a singer first and foremost – trumpet is my second instrument, in fact third instrument because I like to write songs (they’re my second instrument). Vocally, jazz allows me to be free[r] than it would in any other form of music. I can phrase or harmonise a song in any way I choose, which you can’t do in a commercial music situation. That’s the best part.
The funny thing is … the most oppressed people in history – the black American people, African people – are the ones that make the freest music of all: jazz. I love the freedom of jazz. I can go wherever I like, just to sing. It’s good fun.
You worked with pianist Paul Grabowsky on a duets album [Provenance] last year, having last worked together in the 1980s. What was it like being back in the studio with him again?
So easy, it was wonderful. So relaxed. We went in there and we made an album in two days. Done – it was great!
Paul’s an extraordinary musician. He’s one of our best musicians in this country, without doubt, and he can make anything work … I love playing with players that have no fears and no doubts. He’s great to work with, so away we went and we recorded it.
We picked our favourites. It’s essentially an album of faves and … it was a lovely like-minded project.

What inspires you to write new music?
Everything. Everything in the world. I write music through politics, through social issues, through personal issues. That’s my lyrics. [With] melodies, I like to challenge and find a melody that’s not that commonly sang, and look for intervals that aren’t commonly sang. That’s what I’m aiming for.
So when did you first know that music was going to be a career for you?
Well, I knew I was going to be a musician from a very young age because both my parents were musicians and I loved watching them play. I used to love hearing my dad play, my mum sing.
As far as a career, probably when I was 16. My sister was a professional musician and my brother also, so I could use them as reference points and see that it was possible to be a professional musician … I could see this playing in my head that I would, in the not too distant future, be playing with bands and touring, which I did, in fact, around 18. [That was] 44 years ago.
Throughout the years, you’ve performed overseas as well as in Australia. How does the Australian jazz scene compare to one in the US, for instance?
[In] the US, it’s their only art form. They respect it as part of their culture. Australians, not so much. It’s growing. It has its highs and lows. In Europe, it’s big. There’s no doubt that people love jazz … They love the freedom of expression to jazz.
I was trying to make music which I thought was Australian jazz and go down that path. I think slowly but surely we’re getting there, all the young players. In my opinion, we’re getting closer to an Australian jazz.

How has the music industry changed since you started out in the 1970’s?
It hasn’t changed that much. There’s still a lot of nonsense and a lot of really good stuff. Sifting out the nonsense is the hard part!
We’re all maturing and I think that the industry’s maturing. I think we need to aim to make more Australian music, in my opinion, rather than mimicking American/British. We need the record companies to market Australian music more, the emphasis should be on Australian music, not just the popular music of the day, all types of music.

What are some of the highlights and lowlights of your career so far?
To me it’s about music, not about me. It’s always been a challenge in chasing ideas within the music, structure of music, rather than fame and fortune. My highlights come from when I make a nice album or a nice recording .
I don’t have too many lows because I don’t invest that much of my ego in music, or I try not to. It’s a very slow ascending slope for me and I enjoyed that, and I’m still enjoying that.
I read that you taught at the Canberra School of Music and the Australian National University. Can you tell me about that?
I did eight years there and it was really great fun … I felt that I needed to give something back to the young people, and I did for eight years, which is great.
In regards to your career, what’s the best piece of advice you’ve ever been given?
That’s a big one. I think the best piece of advice was that I should try and be part of a band, rather than a singer out front and a backing band. I should try and be a part of the blend of the ensemble. I think that was good advice. That was [NZ jazz musician] Ricky May who taught me that.
What advice would you give to aspiring musicians?
Study! Study music, study harmony, rhythm. Expand your horizons, listen to all sorts of music and remember it’s not practice that makes perfect, it’s perfect practice.
What music are you listening to at the moment?
I try to listen to horn players [like Miles Davis] mainly but I’ve got a project doing an album – it’s called Astral Weeks [by Van Morrison]. We’re putting together a small orchestra and we’re going to play that album in a kind of modern, improvised way. It’s a wonderful record to sing and play so I’ve been listening a lot to that. 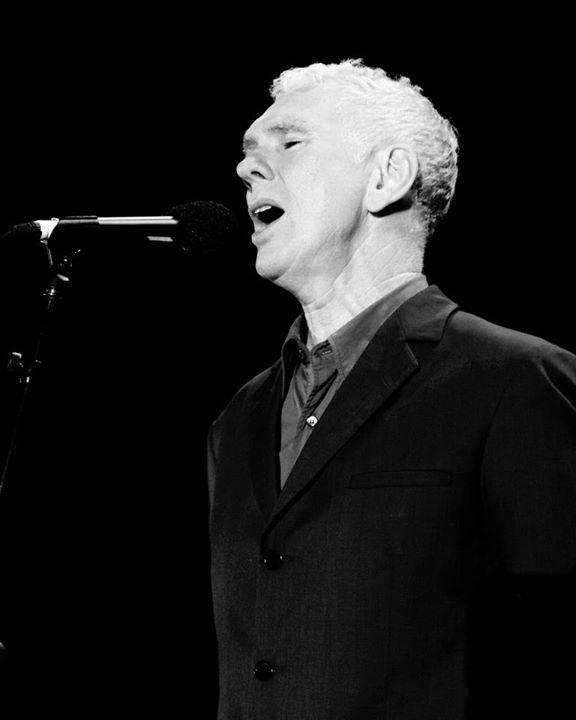