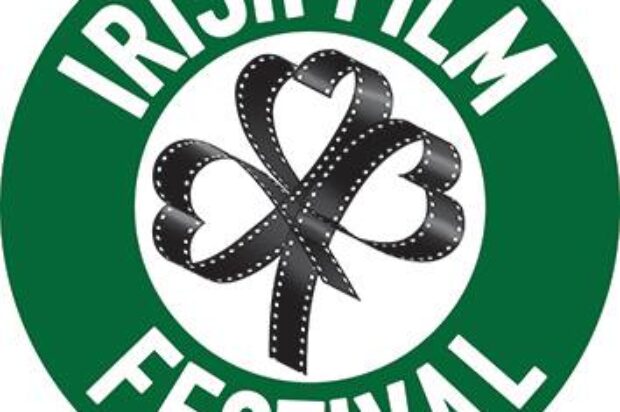 In 2021, the Irish Film Festival Australia will offer audiences across the country an incredible line-up of Ireland’s best feature films and compelling documentaries, online for the second consecutive year. Films from both emerging and established Directors focus on a full range of genres including family-friendly animation, comedy, moving drama, musical biopics and even a vampire horror movie.

Dr Enda Murray, Irish Film Festival Director: ‘In light of the uncertainty surrounding the current pandemic and in order to deliver our festival program in the safest way possible, we have made the tough decision to run this year’s festival online again.
We have a cracker of a line-up with 7 Australian premieres including hilarious comedies, award-winning drama, sports and musical documentaries, and the voices of women coming through loud and clear!’

This year’s festival amplifies the voices of women, with films by female Directors: The Bright Side by Ruth Meehan, A Bump Along the Way by Shelly Love, Wildfire by Cathy Brady, Deadly Cuts by Rachel Carey and Phil Lynott – Songs For While I’m Away, directed by Emer Reynolds. Furthermore, there’s a strong focus on themes such as breast cancer and surviving male violence.

Two exceptional documentaries explore a couple of Ireland’s greatest singer/songwriters:
Thin Lizzy’s frontman, Phil Lynott: Songs For While I’m Away, by Emmy-winning Director and multiple award- winning Editor Emer Reynolds; and Crock of Gold: A Few Rounds with Shane MacGowan, the cinematic exploration of MacGowan’s life and career by iconic music Director Julien Temple (The Filth & The Fury, The Great Rock & Roll Swindle).
Another festival must-see is the hilarious black comedy, Deadly Cuts, from up-and-coming Director Rachel Carey. Audiences will also have exclusive behind-the-scenes access to films via our famous Q&A sessions with Festival
Director Dr Enda Murray and a selection of our films’ Directors and cast.
See over page for IFF 2021 Program details or head to www.irishfilmfestival.com.au 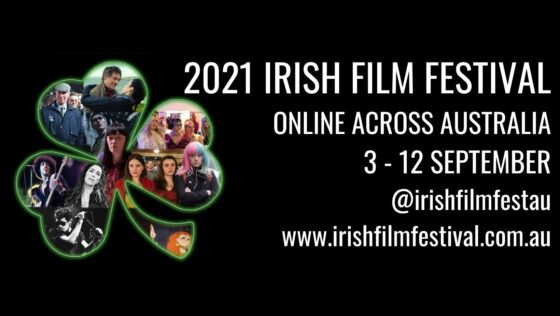 FILMS:
A Bump Along the Way
IFF 2021 FESTIVAL PROGRAM
The already tumultuous relationship between a teenage girl and her 44-year-old single mother is further tested when the mother becomes pregnant after a one-night-stand. This feel-good, comedy-drama created by a female-led team – Writer Tess McGowan, Director Shelly Love and Producer Louise Gallagher – makes for laugh out loud moments and a story that will resonate with parents and teenagers alike.

Deadly Cuts
Starring Angeline Ball (The Commitments), this black comedy is set in a working-class Dublin hair salon where the stylists become accidental vigilantes and community heroes after taking on a criminal gang that threatens their locale. Deadly Cuts Director, Rachel Carey was one of the recipients of this year’s Virgin Dublin International Film Festival’s Discovery Awards for breakthrough talent.

Broken Law
Dave Connolly is a respected member of the Irish police force, the Garda Síochána, but his loyalty to the law is tested when his ex- convict brother Joe asks him for help. Stars John Connors, the first member of Ireland’s travelling community to win an IFTA.
Boys from County Hell
A horror/comedy about a crew of hardy road workers, led by a bickering father and son, who must survive the night when they accidentally awaken an ancient Irish vampire in rural Derry. Stars up and coming actor, Jack Rowan and Nigel O’Neill (Bad Day for the Cut, Game of Thrones, Derry Girls and Vikings).

Death of a Ladies’ Man
Inspired by the work of Leonard Cohen and set to some of his most well-known music, this Irish/Canadian production follows a Montreal based, ageing, hard-drinking, womanising university professor who returns home to Connemara when he begins to have hallucinations and ultimately discovers he has cancer. At times funny, sad, subtle and over the top, it has a stellar line up including Gabriel Byrne (who won an IFTA for his portrayal of Samuel O’Shea), Jessica Paré (Mad Men) and Brian Gleeson (Snow White and the Huntsman, Phantom Thread).

The Bright Side
World-weary stand-up comedian Kate McLoughlin wants out. Her morbid prayers are answered in the form of a cancer diagnosis. For Kate, this is the perfect excuse. However, a last supper of dodgy shellfish and champagne puts paid to her overdose attempt and to placate her family she begrudgingly agrees to undergo treatment. Armed with staggering levels of cynicism and a plethora of blackly comic jokes, Kate gets off to a bad start with the four other women she encounters on the chemotherapy ward, whose unsolicited friendships are destined to blow open her shut-down heart. Stars Gemma-Leah Devereux (Judy, Citizen Lane, The Tudors).

Wildfire
This psychological drama is the story of two sisters who grew up on the fractious Irish border. When one of them who has been missing, finally returns home, their intense bond is re-ignited and family secrets are exposed.
Wildfire featured in the Great 8 Showcase at the 2020 Cannes Film Festival and debuted in the Discovery Showcase at the 2020 Toronto International Film Festival.
Starring: Nika McGuigan (Philomena, The Secret Scripture) and Nora-Jane Noone (The Descent, Brooklyn, The Magdalene Sisters). Nika – who died of cancer shortly after filming – was posthumously awarded Best Film Actress at the 2021 IFTAs. Director Cathy Brady also won an IFTA for Best Director for this film.

Wolfwalkers
Five-time Academy Award Nominee and multiple award-winning studio Cartoon Saloon’s (The Secret of Kells, Song of the Sea) latest animation, Wolfwalkers is a film for the whole family. In a time of superstition and magic, when wolves are seen as evil, a young apprentice hunter, Robyn comes to Ireland with her father to wipe out the last pack. But when she saves a wild native girl, Mebh, their friendship leads her to discover the world of the Wolfwalkers and transform her into the very thing her father is tasked to destroy. The film took the award for Best Film at this year’s IFTAs, which marked the second time in the ceremony’s history that an animation won this category, following on from Song of the Sea in 2015, also from Cartoon Saloon.

DOCUMENTARIES:
Áine Tyrrell – Irish Troubadour
This moving feature documentary follows free-spirited singer/songwriter Áine Tyrrell as she plays Australia’s biggest folk festival, the Woodford Folk Festival, and tours Australia with her three children after leaving an abusive relationship. Premiering in Australia, this story about a mother’s strength and the healing power of music made its World Premiere at the Galway Film Fleadh in Ireland in July this year.
Crock of Gold – A Few Rounds With Shane MacGowan
A cinematic exploration of the trials and tribulations of the phenomenally well-read lead singer of The Pogues and the Popes, Shane MacGowan, aka the Punk Poet. Director Julien Temple tells Shane’s story from growing up in Ireland, to time spent on the streets of London, to forming The Pogues and more, delving into MacGowan’s passions, intellect, humour, deep knowledge of music, history, spirituality and popular culture. It features friends of the singer, including Johnny Depp, Bono and Nick Cave.

Finding Jack Charlton is an emotive tribute to the Englishman who became both an Irish hero and honorary Irishman. Charlton’s career as a footballer and a coach are celebrated, as is the impact he made not only on Irish football, but also on lifting the spirits of a nation through the medium of sport when both the economy and psyche were at extreme lows. Features interviews with Paul McGrath, David O’Leary, Packie Bonner and U2’s Larry Mullen.
Phil Lynott: Songs For While I’m Away
Emmy-winning Director and multi award-winning film Editor, Emer Reynolds tells the story of how a young black boy from working class 1950’s Dublin became one of Ireland’s Greatest Rock Stars as the lead singer and songwriter for 70s supergroup, Thin Lizzy.
It charts his grit and determination to succeed despite the odds, his talent and intellect, his family life, and the substance abuse which led to his untimely death at 36. Family, friends and former band members contribute anecdotes and memories to this insightful and touching tribute of the artist and the man.