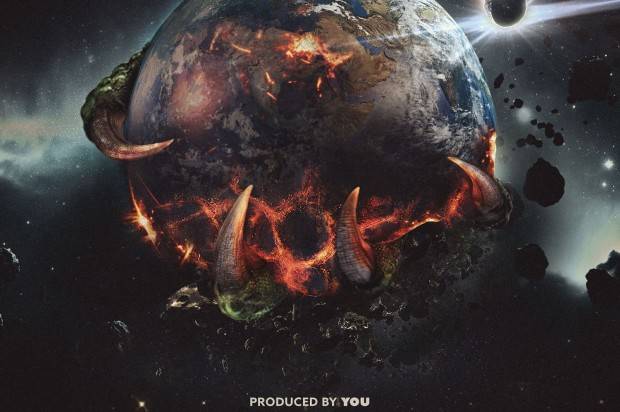 Finnish-German science fiction film Iron Sky The Coming Race has successfully finished the crowdfunding campaign, raising over half a million dollars on a crowdfunding platform IndieGoGo.

Iron Sky has created a huge buzz on the Internet and the buzz has now paid off. Over 7000 fans from 75 countries around the world took part in the campaign.

“It’s amazing to see the fans support us so heavily”, producer Tero Kaukomaa rejoices. “This goes to show there’s an audience out there waiting for original science fiction films and they’re not afraid to show it.”

The main attractions of the campaign have been extra roles that raised nearly $150,000 of the total amount. Extras are the people playing non-speaking background roles in the film. The filmmakers offered the audience the possibility to sign up as an extra for the film’s key scenes. Ranging from playing citizens of the Moonbase, to being eaten by a dinosaur, the extra roles cost from $200-$5,000.

“The extra roles are a fun way to engage our audience and to offer them a unique experience. Filmmaking is an adventure and it is great to be able to bring our audience with us on that trip – how else would you have the chance to be eaten by a dinosaur on a major science fiction film”, director Timo Vuorensola says. “There’s nothing better for a filmmaker, than meeting and working directly with the fans of the film, he adds.

During the crowdfunding campaign, over 300 fans signed up as extras for the film.

“Crowdfunding is not only about money, which is of course important, but it is also a great marketing method”, producer Tero Kaukomaa says. “We’re now thousands of invested fans stronger. A fan community can act as a loudspeaker and amplify our voice when we compete with Hollywood blockbusters for attention and viewers, but with only a fraction of the marketing budgets the bigwigs are pouring on their productions.”

In 2013, the film raised $182,000 for the script and promo development and $320,000 as crowd investments for the Iron Sky Universe company running the franchise, in addition to the now raised over $500,000, totalling to over $1 million dollars and making it one of the most crowdfunded films of all time.

About IRON SKY
IRON SKY UNIVERSE is a new production company focusing solely on expanding the Iron Sky franchise and developing online platforms for audience engagement. It’s producing now sequel to Iron Sky titled Iron Sky The Coming Race, and is currently working also with a multi-season TV series Iron Sky – Houston, we have a problem! The company is owned by Tero Kaukomaa and Timo Vuorensola from Finland, plus over 500 shareholders from over 30 countries, who brought in over 330.000 $ in exchange for about 10 % of the company during the 1st funding round for the company May 2014.

IRON SKY THE COMING RACE is a sequel to Iron Sky, bringing the Center of the Earth as a new stage to the story. The film is in pre-production and will be shot with estimated 15 million $ budget in 2015, to be released in 2016. The Film is currently set as a Finnish – German co-production and will be produced by Tero Kaukomaa as the delegate producer (Iron Sky Universe) from Finland and Oliver Damian (27 Film Productions) from Germany. So far announced cast are Julia Dietze, Stephanie Paul and Udo Kier, all returning from first Iron Sky and new additions to the cast are Tom Green and Finnish actor Kari Ketonen.

IRON SKY (the 1st film) is a dark science fiction comedy that takes place in the year 2018, when the Nazis, who fled the Earth to the dark side of the Moon in 1945, return to claim the Earth. The film is Finnish-German-Australian co- production with a budget of 8 million euros ($11 million). It’s directed by Timo Vuorensola and produced by Tero Kaukomaa (Blind Spot Pictures), Samuli Torssonen (visual effects producer, Energia Productions), Oliver Damian (27 Films Production), Cathy Rodda and Mark Overett (New Holland Pictures), and San Fu Maltha as the executive producer. The cast includes Julia Dietze (11⁄2 Knights, Bullet, Killing Frank), Götz Otto (Schindler’s List, The Downfall), Christopher Kirby (The Matrix Reloaded & Revolutions, Daybreakers, Space: Above and Beyond), Udo Kier (Ace Ventura, Independence Day, Dancer in the Dark), Peta Sergeant (Satisfaction), Stephanie Paul (Separation City, Film School Confidential) and Tilo Prückner (The Neverending Story,The Counterfeiters), and the screenplay is written by Michael Kalesniko (Private Parts) and Timo Vuorensola, based on a story by acclaimed sci-fi writer Johanna Sinisalo (Nebula Award nominee 2009, Finlandia 2000) and on an original idea from Jarmo Puskala (Star Wreck: In the Pirkinning). The film was completed in February 2012 and released at Berlinale 2012 in Panorama program. The film has been distributed theatrically to over 60 countries, and even more on BluRay and DVD. Film won the Silver Méliès -award and Audience Award at Brussels International Fantastic Film Festival, the AACTA (“Australian Oscar”) for best visual effects, Jussi-award (“Finnish Oscar”) for best production design, and several audience awards in festivals around the world. It was in official selection in such film festivals as Berlinale, Moscow Film Festival, Karlovy Vary, Sofia International Film Festival and Sitges Film Festival.