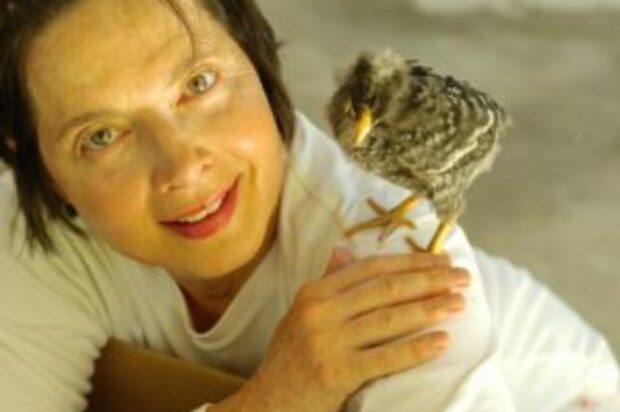 A morning interview where I had the thrill of talking to one amazing lady International actress writer-director and educator and yes animal farmer Isabella Rossellini.

Speaking from her home base in Long Island, New York where she lives we got to talk on her new show “Sex and Consequences”, which she has launched two live shows that stream out from her home on Zoom and describes this as a part circus, part animal cognition lecture and part penetration. What are we to expect in Sex and Consequences? Well, it is a show of motherhood and how maternal instinct comes from others and offsprings and reproduction and then it is wanting sex without reproduction. In one aspect of the show I work with all sorts of props but one is I have a husband that is a dummy and I move him as a puppet and translate what he says as to conversation of sex with my responses. We come back with various other animals on the farm to explain things there and cut to the vision of footage of other shows I have done over my years in Green Porno that marks the last 40 years of my work.

In Green Porno and Seduce Me, Rossellini dresses up as different creatures to tell us how they mate. She dances, preens, teases and thrusts with a strap-on penis by way of illustration. The films are funny, educative and a little bit bonkers –
Another one of consequences we cover is Patchiness domestic animals mainly not wild animals have patchiness like cows goats cats dogs you look at the wild version of them, they don’t have any patchiness. What this is… is a real sign of domestication. This means less fear and less stress, and with less fear, as they have to live all together, we have access to the domestic animal, so it means a different hormone system. If you do it generation after generation, it’s friendly, and this is associated with patchiness. Domestic animals often have patchiness, and that’s part of what I talk on in the show and variety of things like this. 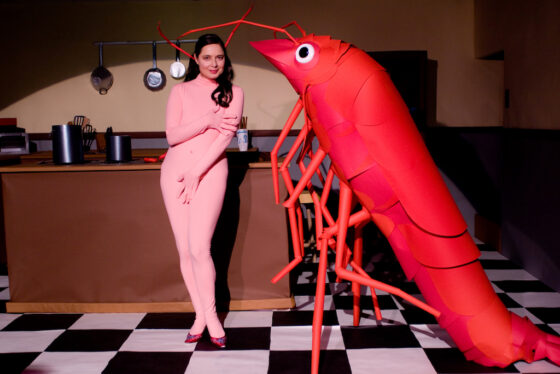 This is something that lived inside Isabella as a child. At the age of 14, her famous Italian father filmmaker “Roberto Rossellini” bought her a book called King Solomon’s Ring, by Konrad Lorenz, one of the founders of animal behaviour studies. Back then, I did not think I could do this. I had a desire to work and study with animals but the lack of confidence and uncertainty was in me. So I was drawn more into the family biz.

It took me to be an older age to follow up on things I wanted to do and wish I had not waited so long”. Bergman says.
“When your old your more confident and this is something of what happens when you get old’ and you do things more so as to the attitude’ Isabella says with her great smile if you don’t do it now you never do it” So I followed up on going to university and studying more on animals and hence where I am now mixing all that I love.

Isabella was born in Rome. Her famous parents Ingrid Bergman and Roberto Rossellini were in the public eye and lead busy lives. There were highs and lows for young Isabella. She underwent an operation for appendicitis at the age of five. At 11, she was diagnosed with scoliosis. To correct it, she had to undergo an 18-month ordeal of painful stretchings, body casts and surgery on her spine using pieces of one of her shin bones. Consequently, she has incision scars on her back and shin. That alone is very tough for young women. 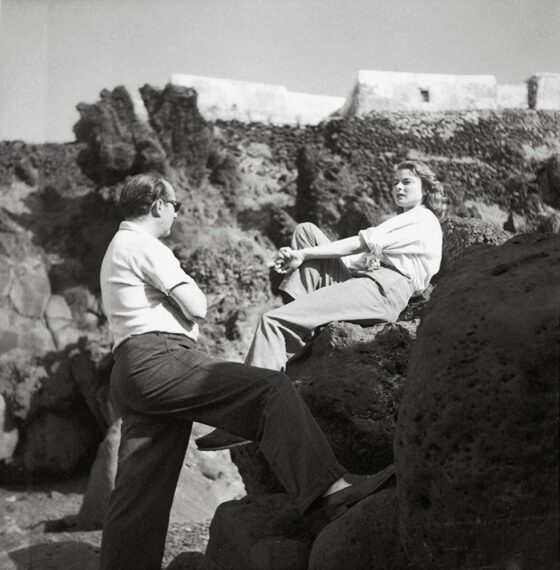 Her parents love story is one that was so public due to the filming and making of Stromboli where Ingrid Bergman and Roberto Rossellini fell in love. This is late 40’s Bergman was still married back in her home town in Sweden. The media took to this being a great scandal story and this hurt her carer and America market turned on her and for many years to not work in the States. It was years later when she and Roberto Rosslinii divorced Bergman came back to America after 20-century fox took a chance for a starring role in 1956’s Anastasia. Bergman made a triumphant return to working for a Hollywood studio and won the Academy Award for Best Actress for a second time.
It was an unreal time of judgements but her carer went stronger than ever and she become more closer to being with the children more so. Isabella was five at the time of the divorce as to her twin sister Isotta Rossellini, and had a brother Renato and half-siblings Pia Linstorm and Renzo Rossellini. All in all, Isabella was known for her striking beauty like her mother and was the face for “Lancome” in her earlier years but then lost the contract as she was deemed to be too old at 42 years of age. Five years ago she was resigned by current female CEO, who was in a starter role back when Rossellini was the face and set about to ask Isabella to return to be part of Lancome family. Looking back then she did not get how then male executives directors formalised this but in their eyes, it was about being young and they were selling the dream to have youthful looks. There was a lot of mixed feeling and discussion of me to stay or go as Isabella pointed this as she was in disagreement and in the time her friends back then and other views of women were about being real to the fact of getting older. Years later it took a female voice in position to get me back in. With that, I am lucky to be back and thrilled and at the age of 68, it feels good to represent Lancome. 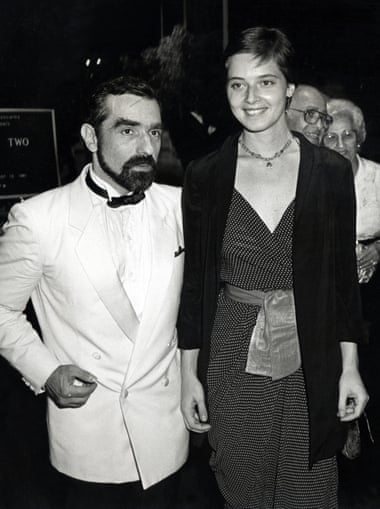 2020 being in covid has been manageable as not only does Isabella keeps herself busy with all sorts of projects, but is very strong with her family. Her daughter, Elettra Rossellini Wiedemann lives next door and she has a grandson that she babysits, an elder adopted son Roberto, named after her father. I not alone as I have extended family but do not have a partner hard to find love and be in love. Here we talk on as to some of the most interesting men that Isabella was with and it began with first marriage to filmmaker Martin Scorsese. They were five years together and he was very close to my dad and was his mentor. Marty was amazing to be with and is for what he has done. He was a great film scholar and looked and studied everyone work. He did a lot in working recreation achieves, which now as to the status of filming is has been hard to film and this now is in demand to retrieve footage done that works well for some projects. I have been very lucky with men I been with and to have good partners even David Lynch another amazing filmmaker, we are close still and we spend many happy years together. 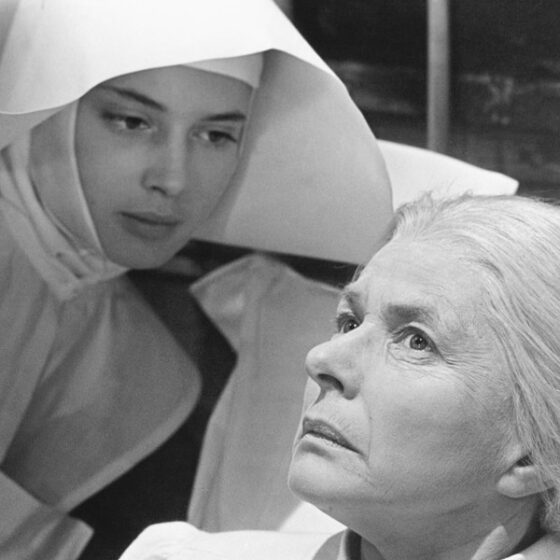 Rossellini made her film debut with a brief appearance as a nun opposite her mother in the 1976 film A Matter of Time. Her first role was the 1979 film Il Prato, and then in 1980 she appeared in Renzo Arbore’s film Il pap’occhio with Martin Scorsese.

Her first American film, White Nights (1985). This was followed by her notable role as the tortured nightclub singer Dorothy Vallens in the David Lynch film Blue Velvet, in which she also contributed her own singing. Other significant film roles during this period include her work in Cousins (1989), Death Becomes Her (1992), Fearless (1993), and Immortal Beloved (1994). In 1996, she appeared as herself in an episode of the TV series Friends called “The One With Frank Jr.”. 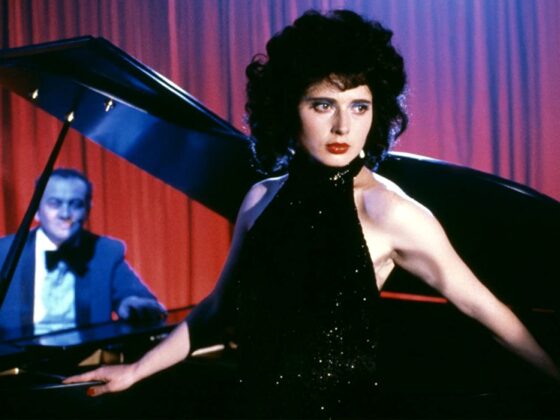 Rossellini was engaged to English actor Gary Oldman from 1994 to 1996 as well.

As to film work, we ask what’s next for a film project and after covid shut down Isabella is back on set in two weeks with HBO film “Julia Child Drama”. I have been working my own makeup and hair and we have zoom readings and we check in every day with guidelines of covid. Other than that I look to presenting my live shows and keep on working as I do as getting older to me is not to waste time and get on to all the things you been wanting to do and more.

All in all, Isabella is one woman of substance and there is no stopping her in her tracks and long live her live shows, and her animal kingdom.

The two rainmaing shows October 24th London and 25th Sydney for “Sex and Consequences” are to be in London zone and Sydney and ticket are booked here.