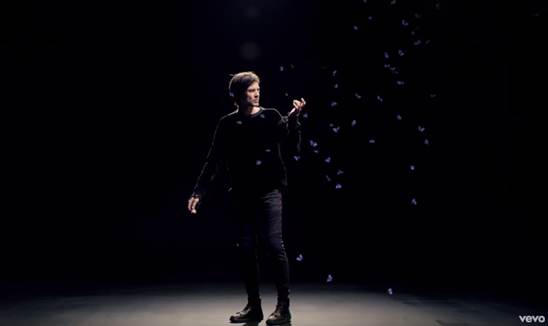 “Rising star” – Forbes
“James Bay is back” – People
“Silky New Ballad… “Wild Love” – Rolling Stone
“This is a new era…aesthetically and sonically”- Harper’s Bazaar
“Wild Love” pushes beyond the boundaries of what he’s released so far” – Baeble
“‘Wild Love’ feels simultaneously like a throwback and a step forward” – Time.com
“Veering from lubricious, Prince-meets-Sesame-Street funk-pop to Blondie-style new wave, [his] new songs are both wildly eclectic and very catchy. Sexier and more self-assured than his debut.” – Q Magazine
“… a synth-driven, ’80s-evoking soul anthem that wouldn’t sound out of place on an early Prince album- Idolator

About the video and working with Natalia Dyer, Bay said, “It was such a pleasure to work with Natalia on the “Wild Love” set. She’s a lovely person, a huge talent and it was great hanging with her while making this video. I’m a massive ‘Stranger Things’ fan so I tried everything in my power not to fan boy too hard.”

Released on February 8th, “Wild Love” has already reached 4 million Spotify streams and counting in addition to racking up half a million YouTube views for the initial lyric video. Across the globe it has earned widespread critical acclaim from NME, Forbes, Harpers Bazaar, Time, GQ UK, Rolling Stone, People, Clash, Billboard, and more.