actors and entertainers James Bond SKYFALL Sony Pictures SPECTRE by Caroline Russo | on November 8, 2015 | 0 comments | in Film News | Like it 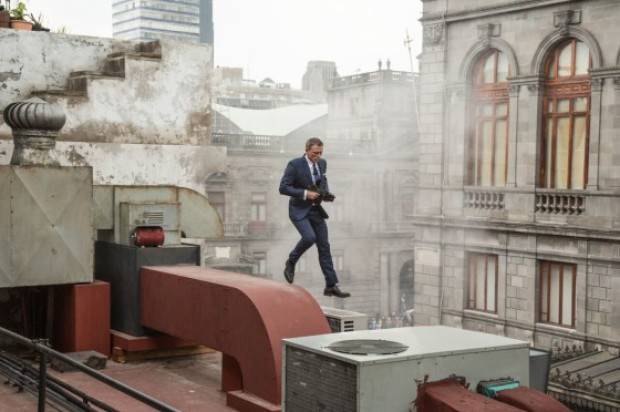 In the US, the film is the #1 movie in America, dominating a crowded box office by taking in $73 million for the weekend.

Internationally, the film is a blockbuster, as SPECTRE opened #1 in all 71 international territories in which it opened this weekend, taking in $117.8 million in total, with 40% of markets yet to come, including France, Australia, South Korea, Japan, and China.

Last weekend, the film set new all-time industry opening records in nearly every market in which it opened, as it took in $80.4 million through last Sunday. In the UK, the film set new records for the biggest opening of all time and the biggest seven days in box office history. SPECTRE also notched new opening weekend marks in the Netherlands, as well as Denmark, Finland, and Norway, territories where MGM distributed.

SPECTRE also set records at IMAX Theatres, where the film took in $15.4 million worldwide, beating IMAX’s Skyfall wide-release take of $15.22 million. SPECTRE also set a new IMAX record last weekend, as it recorded the highest per-location average in IMAX history, as the first film ever to top $100,000 per location.

“We are absolutely thrilled by this weekend’s results,” said Gary Barber, MGM’s Chairman and CEO. “The worldwide support for SPECTRE is a testament not only to the dedication of our amazing fans around the globe, but also to the incredible team involved with this film who worked so hard both in front of and behind the camera.”

Josh Greenstein, president, Worldwide Marketing and Distribution for Sony Pictures, said, “We are thrilled by the staggering numbers coming in from all corners of the globe, and we are very proud to be able to bring this legendary franchise to new heights. Congratulations to our partners at EON, Michael Wilson and Barbara Broccoli, Gary Barber at MGM, and Daniel Craig and Sam Mendes and the entire filmmaking team behind SPECTRE.”

Michael G. Wilson and Barbara Broccoli, the producers of SPECTRE, added, “We’re astounded and thank all our fans worldwide for this incredible response to SPECTRE.”

SPECTRE – RELEASES IN AUSTRALIA ON NOVEMBER 12