JANE PARK IS WINNING AND TINSELTOWN LOOK OUT 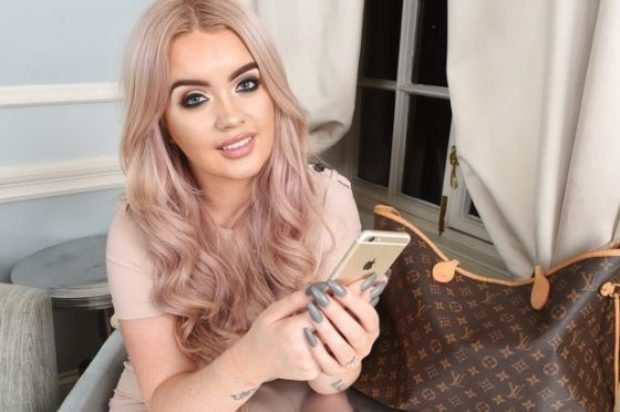 Jane Park made international headlines this year as she threatened to sue to British National Lottery after winning a £1 million fortune at the young age of 17. Everybody wanted to know why in the world anybody would sue an institution that made them this rich, so Jane Park soon became a household name well outside the UK.

But now, it seems that she is about to become Hollywood royalty as well because Tinseltown wants to turn her story into a movie. And a romantic comedy no less, “They love the idea of having a normal girl winning a million pounds at the age of 17 yet still having a lot of trouble finding love.”, wrote British news publications on the topic.

In the UK, Jane Park was quite the well-known tabloid feature, as her racy nightlife adventures and blunders had been fueling up magazines for years. Jane won her fantastic fortune in the EuroMillions lottery back in 2013, and she had a £8 per hour job at the time.

Nobody was surprised when she immediately quit her job and dove right into the cascade of quick pleasures brought by an instant fortune. She started with a very noticeable breast enhancement procedure and continued with cosmetic improvements that would make Kylie Jenner blush.

Then, Jane Park realized that having a million pounds in the bank can be amazingly exciting, but that at the end of the day, there are very few people, if any, with whom she could talk to. All of her friends were still going through the hardships that come with £8 per hour jobs, while she could buy everything she’s ever wanted.

She later told the press how this made her feel alone. When it comes to winning the lottery, this is the part that nobody talks about. Winning £1 million is bound to change your life, but it might not be the luxurious dream you have in mind before you actually get the money.

This is, in essence, what Jane Park wanted to relay through the National Lottery scandal. She talked about how she was abruptly segregated from all of her friends, and thrown into an entirely new world. This was a world filled with rich people she could not connect to at the time, but that she was expected to get along with.

So, she did what any 17-year-old would and she spent a lot of her money on taking her friends along with her on luxury trips and marathon shopping sessions. Unfortunately for her, she soon could not tell if her friends liked her for her money or for herself.

This made Jane go through quite the rough couple of years, which is why she ultimately decided to sue the National Lottery, all in the hope of making a point, namely that the minimum age for lottery winners should be raised so that other people do not go through what she has gone through.

Once her message got through and she managed to raise awareness for this neglected issue, Jane Park went on with her tumultuous life as a lottery winner. And to give it all a very glamorous spin, it seems that Hollywood wants to make a biopic based on her life and her adventures as a lottery winner. It remains to be seen what the Jane Park movie project will develop into, but we are sure it is going to be absolutely fabulous.