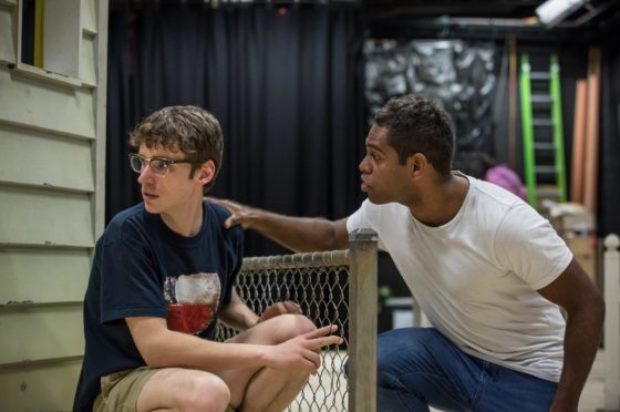 THE SHOW OF THE YEAR OPENS IN BRISBANE THIS WEEKEND

Somewhere between Harper Lee’s To Kill a Mockingbird and the classic movie Stand by Me sits the Australian story JASPER JONES. The smash-hit, Helpmann Award-winning stage adaption of this classic Aussie coming-of-age mystery opens at the Playhouse from July 28.

Directed by Queensland Theatre’s Sam Strong, who led the production to four Helpmann Award nominations including Best Play at Melbourne Theatre Company, it is a bucket list theatre experience, and now, Brisbane gets to see what all the fuss is about.

The standout cast will bring the story to life on Anna Cordingley’s Helpmann-Award winning set, with lighting by Matt Scott and sound/composition by Darrin Verhagen.

Kate Mulvany’s adaptation of Craig Silvey’s novel is a bittersweet, joyous coming-of-age yarn set in a community where every weatherboard house hides a dark secret. In the sizzling summer of 1965, a bookish 14 year-old boy flees from the boredom and bullying of small-town life by burying himself in stories of epic adventure. He never thought he’d find himself living one. Charlie Bucktin lives in a tiny, insignificant bush town where nothing happens. Nothing, that is, until Jasper Jones stumbles upon a gruesome crime out by the dam. Who else would he call on for help but the sharpest kid around? A midnight tap at Charlie’s window sparks a race to solve a murder and clear Jasper’s name.

Director Sam Strong said the appeal of Jasper Jones has been extraordinary across all the mediums. “Kate Mulvany’s adaptation alone has sold out three separate productions and of course the book has been a best seller. I think this is because the story so successfully balances darkness and light. It’s a gripping thriller that takes you into tragic places. But at the same time, it’s ultimately feel-good, charming, joyous and genuinely funny. Finally, it appeals to everyone from early teenagers in 2018 to people who were teenagers in 1968. The story makes pertinent points about Australian tolerance and xenophobia by going back to a time and a place – the mid 60s in rural Australia. It’s a classic how-far-have-we-come comparison.”

“Jasper Jones has such vivid characters that it’s a treat for actors to bring them to life, and Anna Cordingley’s set places not just the Australian landscape but a whole country town on stage. We can’t wait for Brisbane to experience this incredible adventure,” said Strong.

Shaka Cook – last seen with Queensland Theatre in The Secret River and Black Diggers. Television credits include Cleverman, The Leftovers and The Broken Shore. NIDA graduate.

*Nicholas Denton – making his Queensland Theatre debut; stage credits include Wild, One Flew Over the Cuckoo’s Nest, Jasper Jones; film credits include How to Time Travel, Holding the Man, Kath and Kimderella.

*Hayden Spencer – last seen with Queensland Theatre in End of the Rainbow; other stage credits include The Odd Couple, Jasper Jones, The Beast; Cirque du Soleil international tours with Dralion and KOOZA.

Playwright – Kate Mulvany is an award-winning writer and actor. Her plays include the acclaimed adaptation of Masquerade, The Web, The Wreath, Blood and Bone, Story Time, The Danger Age, Vaseline Lollies, and Naked Ambition. She collaborated with Tim Minchin on the musical Somewhere at Q Theatre and with Pip Branson on Embalmer! – the Musical. For Bell Shakespeare, Kate adapted Julius Caesar andMacbeth, as well as an award-winning adaptation of Medea for Belvoir in 2012. After winning the 2004 Phillip Parsons Young Playwright’s Award for The Seed it was performed at MTC in 2012.